Multiple Celtic supporters have already begun looking ahead to the summer transfer window and started debating what the club should do at the end of the season to strengthen for the 2020/21 campaign.

Celtic are currently on course for their ninth consecutive league title following an excellent run of form since the return from the winter break.

Neil Lennon’s men have won all eight of their league outings in 2020, scoring an impressive 27 goals and conceding just four.

That run has seen the Hoops stretch their lead at the top of the league to 12 points, and the title can now be secured if Celtic win their next seven Premiership games.

Lennon has also seen his side progress to the Scottish Cup quarter-finals this year, and Celtic have an excellent chance to move into the Europa League last 16 after drawing 1-1 away from home against FC Copenhagen in the last 32 first leg.

Following such a strong run, Twitter user @jockmartincfc asked fans whether they would be happy to see Celtic go all out for Fraser Forster and Mohamed Elyounoussi in the summer and keep Odsonne Edouard.

And a number of Celtic fans had their say in response.

Twitter: @jockmartincfc I was saying this at the weekend. It’s d feel more comfortable with a new CB in but I’d be chuffed t… https://t.co/5Niu49VmJs (@renzotiger)

Twitter: @jockmartincfc That would be a stunning window…get Eddy on an extension with a release clause. (@Allymac35)

If you had the choice between signing Forster, Elyounoussi or keeping Eddy, what would you do? 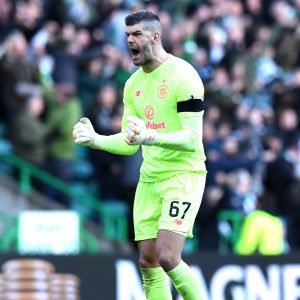 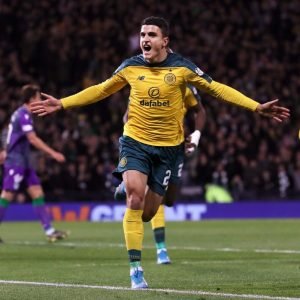 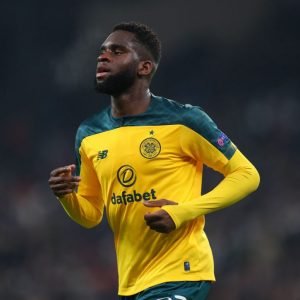 Twitter: @jockmartincfc Yes I’d do that right now we should push boat out for them put Eddie on 40k per week with a contract… https://t.co/ytdTz5K9jL (@kenadams68)

Twitter: @jockmartincfc Forster only. Elyounoussi I’m still not 100% sure about. I’d rather we brought in a robust, uncompro… https://t.co/BbCy7KxX39 (@ShakyStu)