Scott Brown’s latest Instagram post has sparked a bit of a reaction on social media, with a number of Celtic fans commenting on the photo.

The Hoops captain uploaded a picture of himself alongside former Celtic star Kieran Tierney on Monday.

Tierney left the club for a club record fee last summer when he completed his £25million move to Arsenal (BBC Sport).

However, the Scotland international has had a torrid time with injury since his switch to the Emirates, making just 11 appearances in all competitions following lengthy spells on the treatment table (Transfermarkt).

Broony meanwhile believes Celtic have another potential £25m asset at the club, with the skipper tipping Jeremie Frimpong to following in KT’s footsteps and earn a big money move away in the future (The Herald).

Frimpong’s ability could well have been one of the topic’s of conversation when Broony met up with KT on Monday, as the pair had a catch up. And following the Instagram post, a number of Celtic supporters have shared their reactions.

Do you think Tierney will ever rejoin Celtic later in his career? 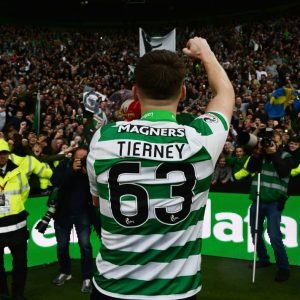 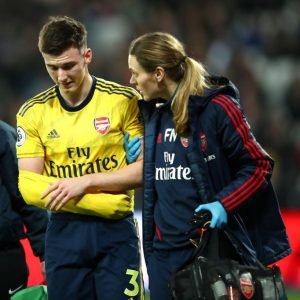 @ianrae80 hopefully asked whether he’ll be back for the 10-in-a-row push: “I assume hes had enough down there and coming back for 10? 🍀”

And @alanirwin is another who appears to want him back: “Told him his holidays over and get back hame?”