Stale Solbakken has made a rather surprising admission ahead of kick-off in tonight’s last 32 second leg with Celtic, but is he trying to play mind games with his comments?

Speaking to Danish outlet B.T., Solbakken revealed he would take a penalty shootout if he was offered it prior to the match.

In advance, I would take a penalty shootout, because we have a good goalkeeper. Penalty kicks is about 50/50, and it is better than the starting point before the match. There will also be great pressure on Celtic players in that situation. The only caveat is that we do not need to play extra minutes because of our match program.

It does appear a strange thing to suggest prior to such an evenly poised fixture, that he would take a penalty shootout, rather than simply state he wants to win the tie in normal time.

Even his captain Zeca suggested that FC Copenhagen see tonight’s match as a “bonus” fixture, as they have already achieved their goals in Europe this season (B.T.).

However, the pair could simply be attempting to play mind games ahead of the tie, by playing down their chances and suggesting that a draw and a penalty shootout would be a good result.

Solbakken deployed a similar tactic ahead of the first leg when he claimed he wouldn’t be able to afford to sign any Celtic players, and a number of supporters picked up on what he was doing on that occasion.

Do you think Solbakken is playing mind games? 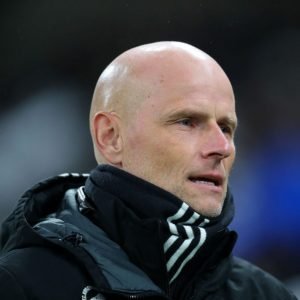 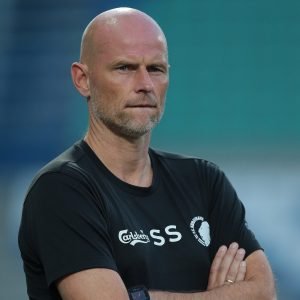 Furthermore, the Copenhagen boss clearly doesn’t remember seeing Fraser Forster save Jens Stage’s penalty in the first leg, if he believes his side stand a better chance at progressing from a shootout

He clearly doesn’t know much about Forster’s ability to save penalties consistently, with The Great Wall saving 15 efforts from the spot throughout his career, including four this season (Transfermarkt).