The Hoops host the Danish side at Celtic Park on Thursday evening in the UEFA Europa League last 32 second leg.

The reverse fixture last week ended in a 1-1 draw between the two sides, with N’Doye getting his name on the scoresheet.

Dame N’Doye scored against Celtic – he is a handful but Celtic could play a high line without getting too worried.

The two Copenhagen midfielders are decent talents but the rest, I think, are average.

The former Sunderland striker was certainly a handful for Neil Lennon’s men in the first leg, scoring once, having two shots and completing three dribbles in the match (WhoScored).

The 35-year-old Senegal international is having a pretty productive season in attack, getting his name on the scoresheet ten times in all competitions and registering four assists (Transfermarkt).

However, we believe that his threat could be nullified by Christopher Jullien at Celtic Park.

Do you think Celtic will keep a clean sheet against Copenhagen? 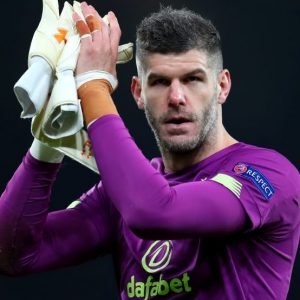 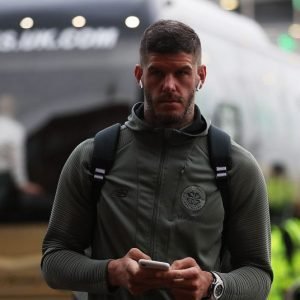 The French centre-back made four tackles and 15 clearances in the first leg, showing that he is more than capable of handling N’Doye’s threat.

The Frenchman also won 11 aerial duels, so we feel that he is the ideal man to man-mark N’Doye to ensure that the striker doesn’t get the time and space to be a danger to Fraser Forster’s goal this time around.