A number of Celtic fans have responded to Brian McNally’s verdict about who was to blame for the Hoops’ defeat against FC Copenhagen on Thursday.

McNally, who is a sports writer for the Sunday Mirror, took to Twitter to vent his frustrations with Celtic’s performance, before pointing the finger at manager Neil Lennon.

The Hoops boss decided to stick with the four man defensive system he deployed in the first leg, despite having used a 3-5-2 shape so successfully in domestic competitions.

And the decision appeared to be working once again, with Celtic having the better of the chances in the first half, despite not being at their fluent best.

However, a big mistake from Jozo Simunovic allowed Copenhagen to take the lead just after half-time, with Michael Santos capitalising on his under hit back-pass and Christopher Jullien’s stumble to open the scoring.

Despite Odsonne Edouard levelling from the spot with eight minutes remaining, Copenhagen punished two more defensive errors to run away with the win and move into the last 16.

Following the result, McNally described Lennon as the “chief culprit” for the loss, but these Celtic fans did not agree.

Twitter: @McNallyMirror No he wasn’t, individual errors are not the managers fault. (@CrabbitCabbie)

Twitter: @McNallyMirror We move on. We’ve been brilliant this season. No team can be 100% perfect at all times (@sp_trish)

Twitter: @McNallyMirror Sorry mate can’t agree. Maybe partly but we’ve went out due to 1. Not finishing chances in both legs… https://t.co/D2l2NedRN6 (@Bhoy1888Celtic1)

Do you think Lennon was to blame? 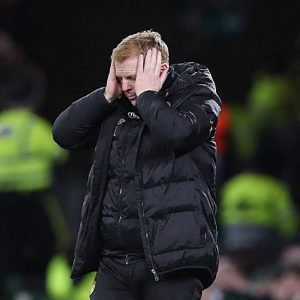 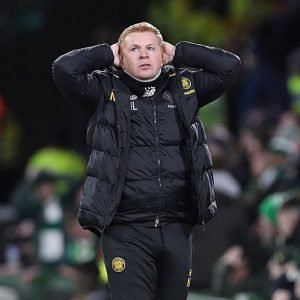 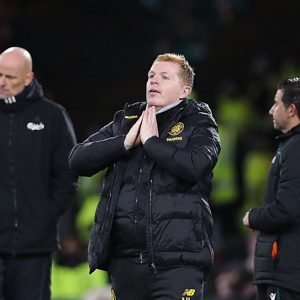 Twitter: @McNallyMirror Put the scatter gun down b4 u hurt someone. Its just one of those things. We’ve had massive highs in… https://t.co/xCDIiXfmEn (@harrisanthonys)