Chris Sutton has taken to Twitter to share his verdict on what was a disappointing night for Celtic on Thursday.

The BT Sport pundit saw his former side knocked out of the Europa League by FC Copenhagen following a 3-1 defeat at Celtic Park.

And following the result, Sutton claimed Neil Lennon’s men will see the loss as a big opportunity missed in the competition, before he took a slightly positive take on the result.

Twitter: Worst thing for the Celtic players tonight is they will know it was a great opportunity to get to the last 16… I’… https://t.co/vkcraq969v (@chris_sutton73)

Sutton’s tweet is spot on. Celtic did have an excellent chance to make it into the last 16 on Thursday, but ultimately they crumbled under the pressure.

But as he also suggests, the result will come as a big wake up call for the club as a whole, and hopefully give them the proverbial kick up the backside both on and off the pitch.

Celtic’s performance against Copenhagen suggested they just expected to beat them rather comfortably, and perhaps a bit of complacency crept in given how they had won 10 of their 11 games in 2020 so far.

Furthermore, Copenhagen had failed to win in any of their three games since returning from their winter break, despite playing the two teams who are bottom and second from bottom in the Danish Superliga.

Do you think Celtic will win the treble again? 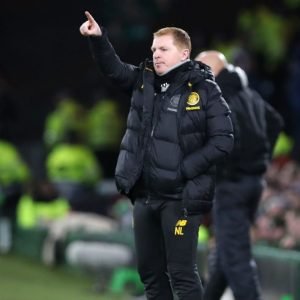 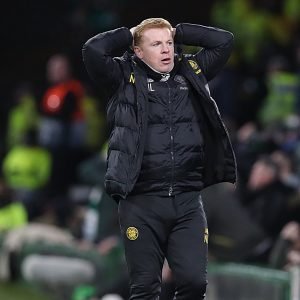 Therefore Celtic were the form team going into the tie. However, Thursday’s result should prove that nothing is guaranteed in football, and Celtic cannot take their eye off the ball domestically now.

Lennon’s men must ensure they are now folly focused on winning another domestic treble this season to put the European disappointment behind them, and that starts with Sunday’s Scottish Cup quarter-final against St Johnstone.