Luca Connell has been training with the first-team ahead of Wednesday’s clash with Livingston, in a drill with Neil Lennon, Leigh Griffiths, Callum McGregor and Greg Taylor.

The mood at Lennoxtown appeared to be a happy one on Tuesday as the players geared up for their midweek clash, with the return to league action the focus for Celtic after their excursions in the Europa League and Scottish Cup.

Lenny’s men will be looking to make it nine wins from nine league outings in 2020 later this week, at the only away ground they have lost on previously this season.

The Hoops suffered a surprise 2-0 defeat on their last visit to the Tony Macaroni Arena, with Ryan Christie also receiving a red card back in October.

Ahead of the tie, the players have been going through their final preparations at Lennoxtown, with SNS Group uploading images of their training session on Tuesday.

And we spotted Connell, who is yet to make his senior debut following his summer move from Bolton Wanderers (BBC Sport), in the SNS Group’s pictures.

Do you think Connell will be included in the match-day squad on Wednesday? 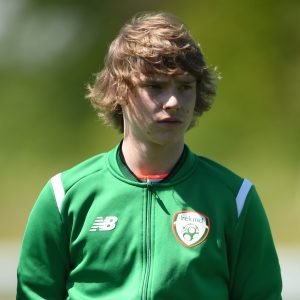 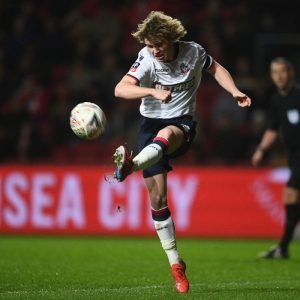 The versatile 18-year-old was involved in a drill alongside the Celtic boss, Griff, CalMac and Taylor.

So could he now be in line to feature on Wednesday?