Yesterday, we used Football Manager 2020 to see how this season pans out for Celtic, and whether the Hoops won their ninth title in succession as well as another domestic treble, and you can see how the campaign went for Celtic here.

Today we’re taking a look at how the 2020/21 season goes for the Hoops on Football Manager, so without further ado, let’s get into it.

Following on from Celtic’s league and Scottish Cup double in the 2019/20 season, preparations began over the summer to build a squad for a 10-in-a-row push; something that will hopefully happen in real life as well.

Something we missed yesterday was two huge high profile departures from the club in the previous January transfer window, which makes the season’s achievements even more impressive.

Both Kristoffer Ajer and Odsonne Edouard were signed by Manchester City midway through last season for fees of £39.5m and £45m respectively, and Celtic didn’t sign any replacements at the time, meaning there was plenty of money to spend. 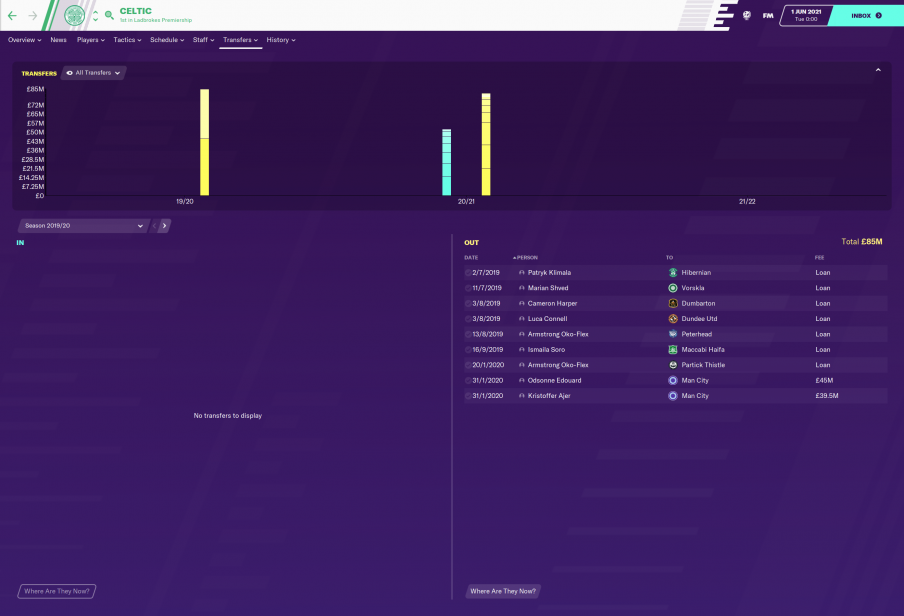 And that’s certainly what they did, with a total of £56 million being spent during the summer and following January transfer windows on 12 different players, including one rather controversial signing.

The Hoops didn’t sign Fraser Forster or Mohamed Elyounoussi permanently but did activate Moritz Bauer’s option to buy clause, which is interesting.

Udinese goalkeeper Juan Musso replaced the Great Wall for a record fee of £9.25m, whilst Inter Milan’s Roberto Gagliardini was also brought in for a figure which could rise to £8.75m.

There were some more significant departures as well. Vakoun Bayo left in an £8m deal to Gent, Leigh Griffiths joined Standard Liege for £5.75m while Jeremie Frimpong was the high profile sale, following a £22m move to Borussia Dortmund. 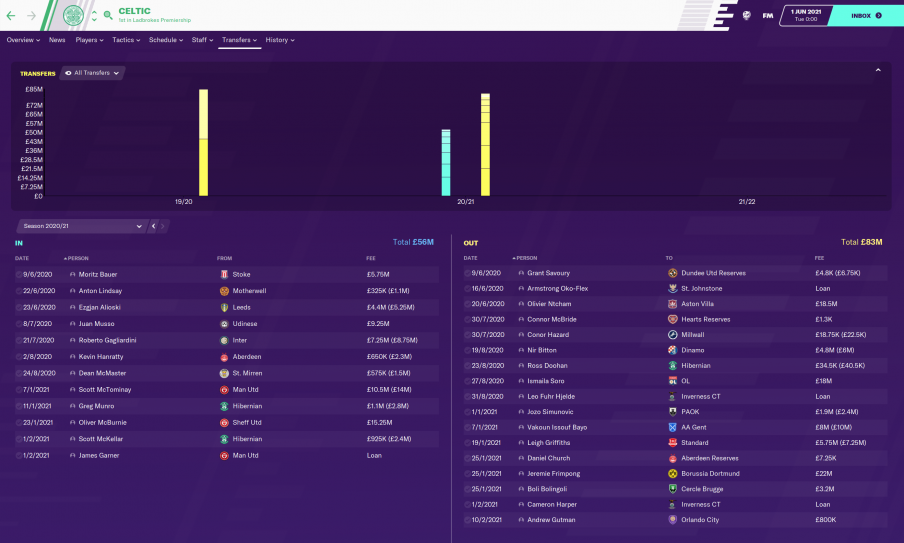 Not only did Celtic manage to complete the historic 10th league title in succession, they also won yet another treble in a remarkable season for the Hoops.

Neil Lennon guided his side to a 3-0 win against Rangers in the League Cup final, but the gap was only six points in the league, suggesting it was a close run thing during parts of the campaign.

A late McBurnie goal then won the Scottish Cup for Celtic against Kilmarnock in a 2-1 win.

The Hoops also reached the knockout stages of the Europa League but were eliminated in the last 32 by Sporting Lisbon.

Here is how the table looked at the end of the season, with the stats for how each player did in the photo below. 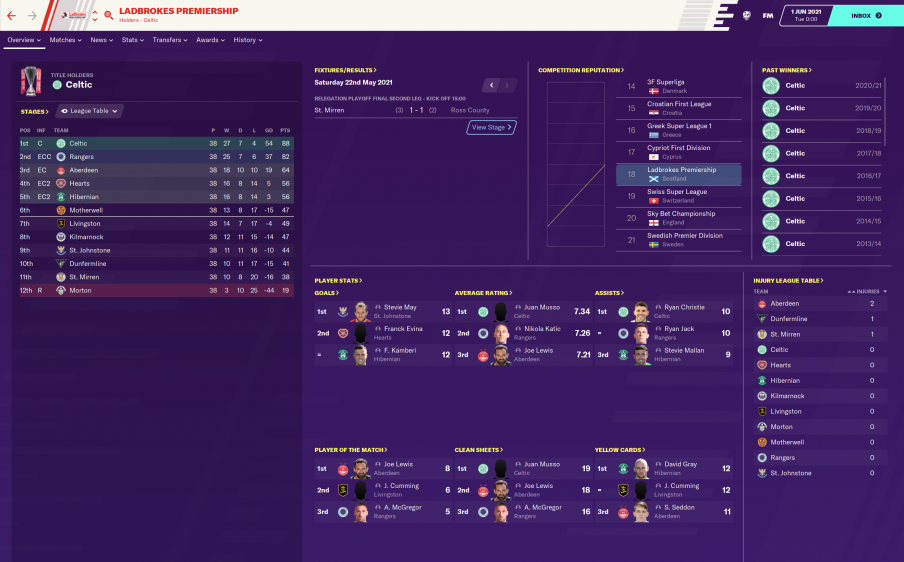 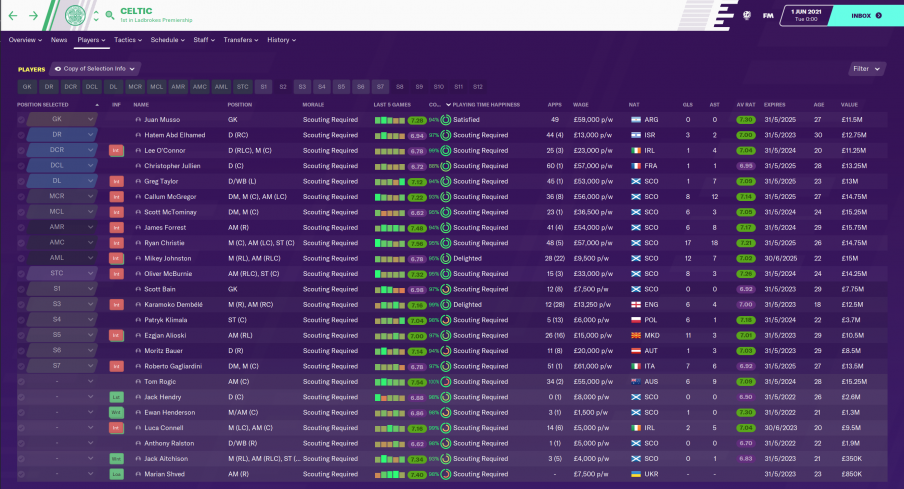 One sad note to end the season on was Scott Brown, who left the club as a free agent.

Do you think Celtic will be able to complete the rest of their games this season? 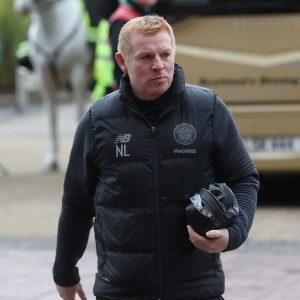 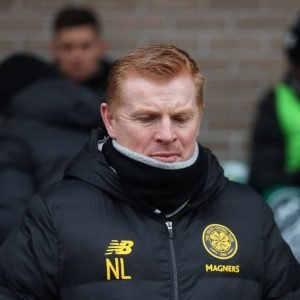 The next piece will look at what Celtic’s squad looks like in five years time and we’ll also see whether the Hoops can continue their domestic dominance during that time.