Former Rangers defender Alan Hutton has lavished praise on Jeremie Frimpong by comparing him to Liverpool duo Trent Alexander-Arnold and Andy Robertson, and the full-back could replicate their success in the future.

Speaking to Football Insider, Hutton revealed he has been surprised by Frimpong’s emergence this season and suggested he plays in a similar style to the Liverpool pair.

Frimpong’s been a revelation this season, he came out of nowhere – he wasn’t even in the European squads. He’s gone from strength to strength, he looks like a very talented player – one for the future. He’s very exciting.

He’s the new mould of full-back – the Trent Alexander-Arnold, the Andy Robertson, that type of player where you’re playing in such a good team your main focus is going forward. They’re so strong at the back it allows him to just concentrate on going forward.

He’s had a taste of it this year, he’s played in the cup final, every time he’s been called upon he’s been there and done it and lived up to it.

Hutton is certainly hailing Frimpong as a huge talent by comparing him to Alexander-Arnold and Robertson, considering how the pair are on the verge of winning the Premier League this season and were part of Liverpool’s Champions League-winning side last campaign.

But I see no reason to suggest why Frimpong can’t replicate their success in the future, judging by how impressive he’s been this season.

As Hutton suggests, the 19-year-old seemingly came from nowhere as he burst onto the scene, having not made a single first-team appearance for Manchester City prior to the move.

However, his form has been brilliant despite his lack of experience, and Scott Brown has even tipped him to be worth around £25 million in the future following such a bright start to his Celtic career.

Do you think Frimpong could reach that level in the future? 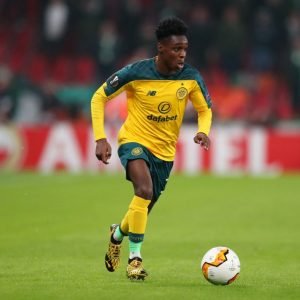 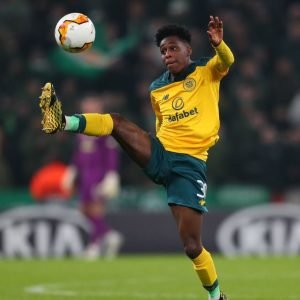 If that is the case, then his experience of playing in a successful team, in a major final and in Europe at such a young age for Celtic will stand him in good stead for the future.

Furthermore, it could allow him to reach the same levels as the likes of Robertson and Alexander-Arnold, especially considering how the former didn’t have the experience Frimpong has prior to his Liverpool move.