Jonathan Afolabi has revealed that Didier Drogba was his idol when he was growing up, and Celtic will be in for a treat if the youngster reaches that level in the future.

The 20-year-old was answering questions in a Q&A on his Instagram story earlier this week, when he revealed the former £24m Chelsea star was his favourite player when he was younger.

Celtic will have unearthed another gem if Afolabi goes on to reach the same level that Drogba did throughout his illustrious career.

The Ivorian was Chelsea’s main man upfront during his time with the Blues, scoring 164 goals in 381 games, during two hugely successful stints at Stamford Bridge.

Drogba also earned a reputation for being the ultimate big-game player, emphasised by his performance in Munich when Chelsea stunned Bayern to win the Champions League in 2012.

If Afolabi has grown up wanting to replicate Drogba’s success in his career, that could bode incredibly well for Celtic. And all of the early signs following his move to the club last summer suggest he has the potential to do just that.

Neil Lennon was impressed by him during the first half of the season, with the Celtic boss describing him Afolabi as a player who could offer the Hoops a different dimension in attack in the future.

Furthermore, his attributes have also been praised by Dunfermline boss Stevie Crawford, who described him as having all of the qualities required to become a complete striker.

Do you think Afolabi can reach Drogba's level in the future? 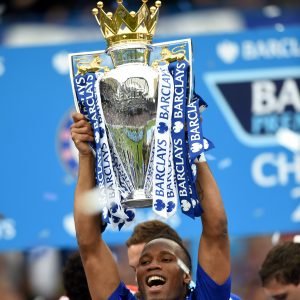 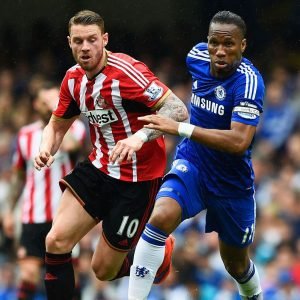 If Afolabi can fulfil that potential and reach the same level as his idol, then Celtic are in for exciting times ahead.