With Fraser Forster currently set to return to Southampton this summer at the end of his loan spell, Celtic are going to be in need of a new goalkeeper, if they cannot sign ‘the Great Wall’ permanently.

And Freddie Woodman could be just the man to take over from Forster’s legacy at Celtic.

The 23-year-old was linked with a move to Celtic last summer before Forster returned to the club on loan from Southampton, while Woodman made a switch to Swansea City until the end of the season.

But Football Insider have since reported that Woodman is expected to push for a permanent move away from Newcastle United this summer in the pursuit of regular first-team football.

The Magpies reportedly value him in the region of £10 million, but if Woodman attempts to force a move away, he could influence the Premier League side to reduce that fee.

And if Celtic did reignite their interest following this report, there are similarities between Woodman and Forster to suggest the former could be a good permanent replacement for the latter.

Both progressed through the ranks at Newcastle whilst having spells in the lower leagues in England, and the pair also had loan stints in Scotland as well.

Of course, that’s how Forster introduced himself to the Celtic faithful and earned his permanent move back in 2012, whilst Woodman has experience of the Premiership from his time with Kilmarnock.

Furthermore, Woodman would be joining Celtic at a similar time in his career to when Forster did, with the latter being 24-years-old when he made his permanent Parkhead move.

And Woodman’s form during his spell with Swansea suggests he has the ability to succeed at Celtic, with the 23-year-old conceding just 45 goals in 37 appearances to help the Swans mount a push for promotion to the Premier League.

The shot-stopper has pedigree in penalty scenarios as well, just as Forster does, with Woodman saving three spot-kicks this season so far.

Do you think Woodman would be a good replacement? 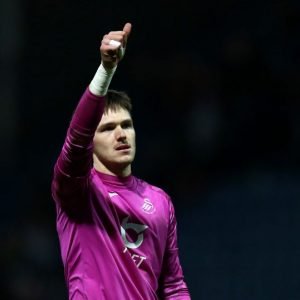 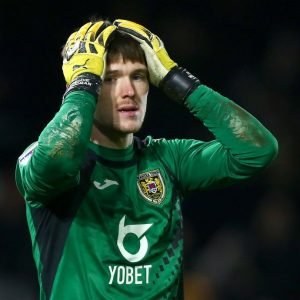 So the early evidence is there to draw comparisons between the two and suggest Woodman could be a fine replacement for Forster this summer.