Former Aberdeen striker Noel Whelan has suggested Jack Tucker wouldn’t strengthen Celtic’s squad this summer, but there is evidence to suggest he could improve the Hoops.

The Daily Mail reported earlier this week that Celtic are among a host of clubs to have scouted Tucker this season, alongside the likes of Leeds United and Rangers.

And speaking to Football Insider about both Celtic and Rangers’ interest in him, Whelan claimed he would be a good signing for the future but not what either club need at the moment.

You can’t be expecting a player to step up from Gillingham to go to playing European football. You’re going to need backups and he would be a backup – training with the first team, getting used to it all.

He would be learning from the experienced players around him. I’m all for going and getting your gems and I think that’s fantastic. That’s how these lower league clubs survive, producing these one or two that are going to give you the money to keep them alive and going.

Whelan does raise a valid point, as Tucker would be inexperienced at this level if he does sign for Celtic in the summer.

However, that doesn’t mean the 20-year-old would merely be a back-up player for the Hoops, and Jeremie Frimpong’s form this season proves as much.

He arrived from Manchester City last summer having not played a single minute of senior football, so Tucker is already ahead of him in that regard, with the centre-back have made 36 appearances for Gillingham’s first-team.

But despite that lack of experience, Frimpong has established himself as a regular in the side this season, playing 19 times in all competitions thus far.

His form earned him a call up to Celtic’s Europa League squad for the second half of the season; though he didn’t get to feature too much after the Hoops’ last 32 defeat to FC Copenhagen.

Do you think Tucker would be a good signing for Celtic? 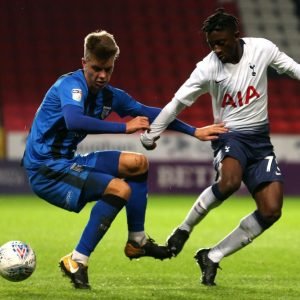 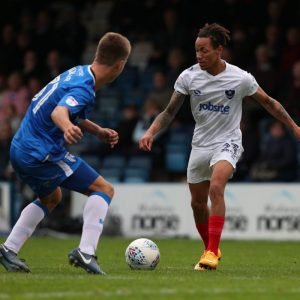 However, his progress this season emphasises how you don’t have to be a household name or a player with experience to strengthen Celtic’s squad and make a positive impact.