Alan Brazil has hinted that Odsonne Edouard could be at Celtic for the 2020/21 campaign following a video update on Twitter.

The talkSPORT presenter often voices his love for Celtic on air or via social media, and he has enhanced his reputation with Hoops supporters on a number of occasions this season with brilliant digs at former Rangers man Ally McCoist.

The first came after Celtic opened up a 10-point lead over Rangers earlier this season when he sent McCoist a message on Twitter mocking Steven Gerrard’s side, and Alfredo Morelos in particular, after their 2-1 defeat to Kilmarnock.

He then made another brilliant video in which he celebrated winning the title already, after Rangers’ 1-0 defeat to Hamilton Accies, with Celtic’s 2-2 draw against Livingston moving Neil Lennon’s men further clear in the league.

This time around, there has been no mockery involved, and instead, Brazil has dropped an interesting hint about Eddy’s future.

The presenter claimed he has heard of news that the striker will wear the famous number seven shirt for Celtic in their new Adidas kit if he stays this summer.

Do you want to see Eddy in the number seven shirt next season? 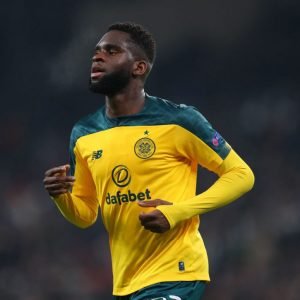 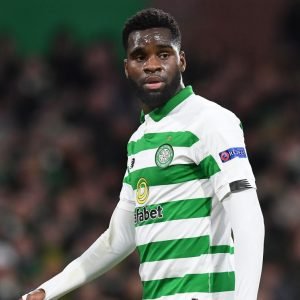