Kieran Tierney’s recent comments about missing life at Celtic have not gone down well with some sections of the Hoops support.

The Scotland international was something of a fan favourite during his time with the Hoops, emphasised when a number of fans urged him to come back to the club in response to Scott Brown’s photograph of the pair of them earlier this year.

After progressing through the club’s academy and becoming a regular figure in the Treble Treble winning side, KT left in a club-record £25 million move to Arsenal last summer, in what has proven to be a very smart transfer from Celtic.

Since moving to the Emirates, he has had a number of injury issues, with his most recent requiring an operation after he dislocated his shoulder against West Ham.

And in the absence of football at the moment, Tierney responded to questions from Arsenal fans in a Q&A on Reddit last weekend, with one supporter asking him about his time at Celtic.

Twitter account @celticbible posted his quotes about the Hoops on social media, but a number of fans were not happy with what he had to say.

Twitter: @celticbible Can we stop banging on about this guy, he made his decision that money meant more to him than the club… https://t.co/LjoVhm6aE0 (@AndrewCormie)

Twitter: @celticbible No Celtic supporter which he claimed to be would leave when we’re about to win 10 in a row to make his… https://t.co/t4n4N9jQCt (@Hughbhoy)

Twitter: @celticbible Riiiiiight. You can sit on that bench while we win titles. Enjoy! (@SakurabaKS)

Twitter: @celticbible And his point is? Still trying to keep in with the hordes? Truth is simple.Offered massive wage increa… https://t.co/9uOsys2igY (@Steviethestud)

Were you disappointed to see Tierney leave last summer? 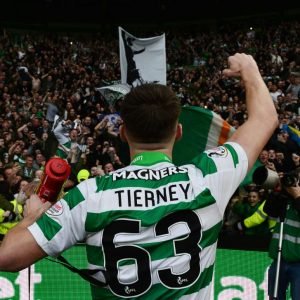 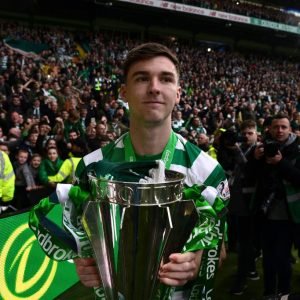