Celtic look likely to lose Damien Duff from their coaching staff this summer and Neil Lennon will face a difficult task in appointing an appropriate replacement for him.

According to the Daily Record, Duff will see out the remainder of this season by sharing his coaching responsibilities with both Celtic and the Republic of Ireland, after new boss Steven Kenny named him as one of his staff.

And the report claims Duff is expected to join Kelly permanently at the end of this season which would see him leave his role at Celtic.

Losing Duff could be a significant blow for Lennon, as the former Chelsea winger was promoted to a first-team coach by the Celtic boss last season, following Brendan Rodgers’ departure.

Duff has proven to be one of Lennon’s go-to men alongside John Kennedy since that promotion, emphasised by how the Celtic boss revealed he played a key role in helping Mikey Johnston develop at the club.

This suggests the former winger plays a big role both on the training ground and behind the scenes for Lennon, with regards to some of the younger players in the squad, and his departure could come as a big blow.

Furthermore, he is also a hugely experienced man to have around in the coaching setup, with the 41-year-old having made over 540 senior appearances and winning the Premier League on two occasions.

Do you think Duff will be difficult to replace? 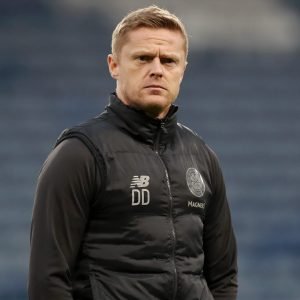 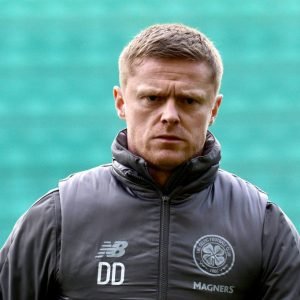 On a personal level however, it is an excellent opportunity for Duff and one he is likely to be hugely excited about, considering how he made 101 appearances for his country.