Odsonne Edouard has been compared to Arsenal’s Alexandre Lacazette by former Celtic striker Charlie Nicholas, but the Hoops star could go on to become even better.

Writing in his column for Sky Sports, Nicholas was addressing the rumours linking Eddy with a move to Arsenal this summer and he compared the 22-year-old to his fellow Frenchman.

He could certainly play at Arsenal because the way they play, his style would be more than suitable for it. The problem is getting the judgement right over whether he’s ready right now, playing every week for Arsenal compared to who is there already. I’m a big fan of Alexandre Lacazette, and Edouard has got quite a bit of Lacazette in style within his game.

Comparisons between the two are understandable given how the pair are both French and both natural goalscorers, as they have proven throughout their respective careers with Lacazette netting 174 times thus far while Eddy has 61.

However, looking back to when the Arsenal man was 22 years of age as Eddy is now, and the evidence suggests the latter can go on to become even better.

Lacazette turned 23 in May of the 2013/14 season, by which point in his career he had started to establish himself as a regular figure in Lyon’s side with 37 goals in 146 appearances in all competitions for the French club.

It wasn’t until the following campaign when he really started to find his goalscoring form for Lyon and kick on with a total of 91 goals over the next three seasons, before his £46.5 million move to Arsenal.

Having only turned 22 back in January, Eddy has already scored a considerably higher amount than Lacazette had managed by the time he turned 23-years-old, with the Celtic star on a total of 61 career goals so far.

And that is likely to increase by the time of his 23rd birthday next January, considering the form he has been in this season.

While comparisons between the two can be understandably made, the evidence suggests Eddy could reach a higher level than his French counterpart in the future.

Do you think Eddy will reach a higher level than Lacazette? 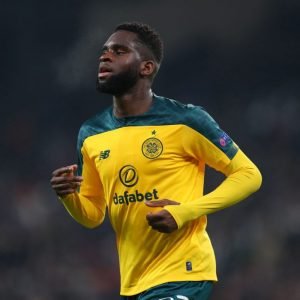 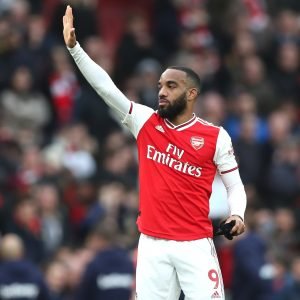