Celtic will officially be crowned as the champions of Scotland within the next week, according to BBC Sport journalist Chris McLaughlin.

Speaking on the BBC’s Scottish Football Podcast (May 13th), he said that he’d been told that the Scottish Premiership season would be called to an end, with the Hoops being crowned as winners for the ninth time in a row.

“I was told before the meeting there was a very good chance that if [The EGM] went in the SPFL’s favour, [the season] would be called by the end of the week. I spoke to a few others yesterday who suggested that in the wake of the vote, they may well draw breath.

He went on to say:

I would imagine that by this time next week Celtic will be champions.

In an ideal world, Celtic would be able to get back onto the field and win the title on the pitch, but given the recent extension to lockdown measures in Scotland, that now looks very unlikely.

The whole process of votes and statements from various parties across the last few weeks has been a bit of a mess, with few people coming out of things looking particularly great.

Will Celtic make it 10IAR next season? 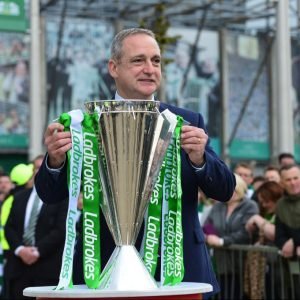 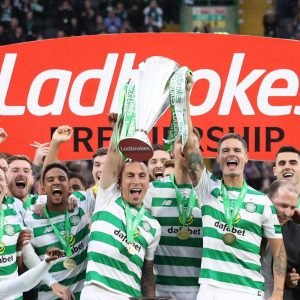 However, if play can’t resume over the next few weeks, then ending the season makes sense for all parties.

Whilst it might be a bit of a damp squib for Celtic to win the title in such a manner, that shouldn’t take away from Neil Lennon and his players, who showed their class and dominance by pulling away from Rangers after the winter break.