Celtic are interested in signing Hearts defender Aaron Hickey, according to a report in the Daily Mail and given the financial implications of their pending relegation, the Jambos might be forced to let him leave.

Hickey was on the books of Celtic as a youngster but left join Hearts, and he was able to break into their first-team at the age of 16.

Now 17, Hickey is about to enter the final year of his contract with the Edinburgh-based club and it looks like he won’t be putting pen to paper on a new deal, which means they could be forced to let him leave.

Hearts are hoping to stay in the Scottish Premiership with their league reconstruction proposals, but if that fails and they’re relegated, then Hearts might be forced to sell Hickey for less than the £1.5million they were apparently asking for before the season was suddenly halted.

Hickey once started in a Scottish Cup final against Celtic at the age of 16, so he’s clearly a player who Hearts like a lot. 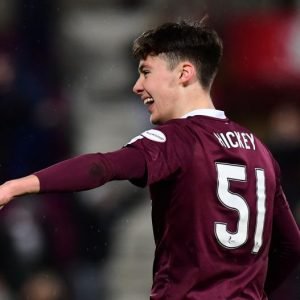 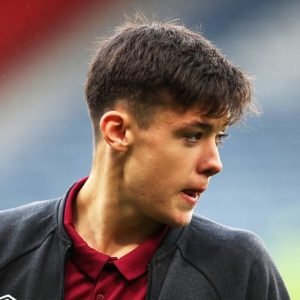 However, given the circumstances, they may have no choice but to let him leave in the summer and if they do, Celtic look like they’ll be at the front of the queue to sign him.

Celtic’s policy of signing top young players has served them well in the past and if they do move for the teenage left-back, he’ll likely be given every chance to succeed at a club that is happy to give youngsters the opportunities to make an impression.