Celtic have made the decision to let Calvin Miller leave the club on a free transfer at the end of the season, according to a report from Football Insider.

The 22-year-old is out of contract at the end of the current campaign and it looks like the decision has been made not to offer him a new deal.

The full-back has played just five senior games for the Hoops and in 2018/19, he spent time on loan with Dundee and Ayr United.

Having been out with an injury since September, Miller will now need to prove his fitness as he begins the search to find a new club when his Celtic deal expires at the end of June.

Miller has been on Celtic’s books since the age of 12, so it’ll be a sad day when the boyhood Celt leaves the club.

However, Neil Lennon looks to have decided that Greg Taylor is the man to play at left-back or left-wing back for the Hoops and as such, there is no need to keep Miller at the club so this seems like a good decision. 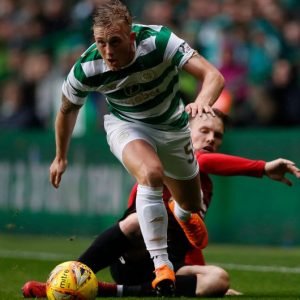 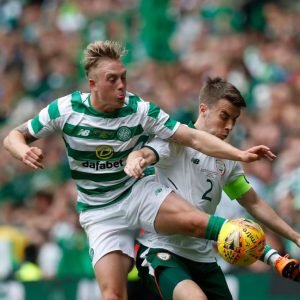 It will allow the Hoops to free up some space on the wage bill and allow Miller the chance to find a club who will give him regular first-team minutes.

Hopefully, the Glasgow-born defender can prove his fitness and find a new club, even during these difficult times.