Bogdan Mara, the director of football at CFR Cluj, has confirmed that Celtic made an official offer for striker Billel Omrani earlier this year, before revealing that he expects the Hoops to renew their interest in the 26-year-old.

As reported by the Daily Record, Mara said that Cluj didn’t accept offers for the French striker in either the August or January transfer windows as they needed him to help them compete in Europe.

However, with the striker about to enter the last year of his contract, it looks like Cluj will sell him this summer if any club makes an offer of £3m.

We had discussions with several clubs and we had offers. Celtic made an offer and so did a club in England but when the offers came in, we needed him for European football and we still need him. I think our asking price of £3 million is a fair price and several clubs remain interested. I think once football restarts, those clubs who were interested will return to us.

Celtic, unfortunately, know all too well how effective Omrani can be as his goals two goals in a 4-3 win for Cluj over the Hoops saw Neil Lennon’s men knocked out of the Champions League.

With 13 goals and four assists for Cluj this season, the Frenchman has been influential once again for his club. 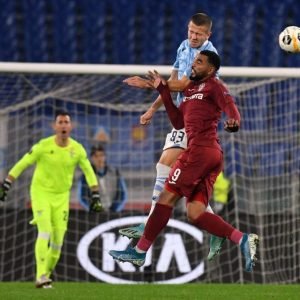 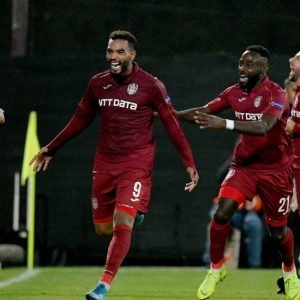 However, it looks like they are now shopping hi about for a fee this summer, rather than risk losing him for free in 2021.

If Celtic are in the market for a new striker, then it looks like a deal for Omrani, a player they clearly like, is there to be completed.