Yesterday, it was reported by Chilean outlet The Times that Celtic were potentially interested in bringing in veteran Manchester City goalkeeper Claudio Bravo on a free transfer if they were unable to secure a deal to sign Fraser Forster on a permanent deal.

However, the same outlet also reports that the Hoops are eyeing another two veteran Premier League goalkeepers who are set to be out of contract in the summer.

They claim that the Hoops are also keeping tabs on 37-year-old Watford star Ben Foster and 33-year-old Burnley back-up Joe Hart as other potential options.

The two former England internationals will both be free agents this summer, as things stand. Forster has been Watford’s first-choice goalkeeper this season so they may well want to keep him for another season, although with the Hornets potentially heading for relegation, he might not fancy a season in the Championship.

Hart, on the other hand, has found himself playing second fiddle to Nick Pope at Burnley so he looks certain to head for another club. He’s endured a pretty tumultuous few years since Man City decided to move on from him. 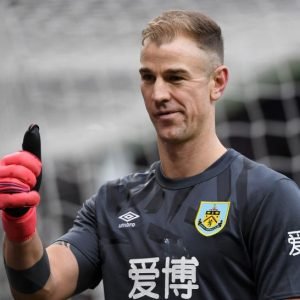 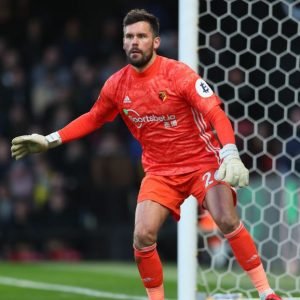 He played pretty well for Burnley during Pope’s absence but he was unable to keep his place in the side.

Talent-wise, Foster would seem to be the better of the two ‘keepers at present, but age-wise, a move for Hart could make more sense if Celtic were looking for a more long-term solution.