Following the announcement that Jozo Simunovic will be leaving Celtic this summer, and with Kris Ajer’s future still in doubt, the Hoops are apparently keeping a close eye on Pawel Dawidowicz.

As per a report from The Herald, Celtic are interested in signing the defender from Serie A side Hellas Verona.

Unlike in Scotland where the 2019/20 campaign was curtailed, the Italian football season is set to resume in a couple of weeks’ time, so a deal for the 25-year-old may have to wait for a while.

However, Hoops fans will get the chance to see him in action when Verona resume their season on June 20th. 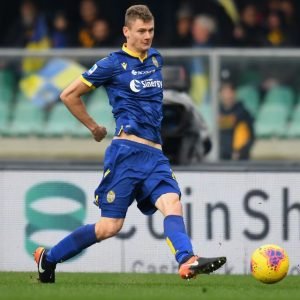 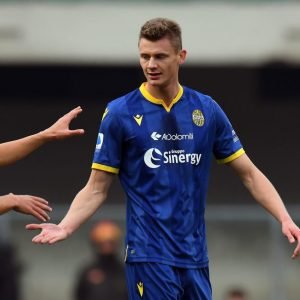 Before the current season, Dawidowicz had spent his previous three campaigns playing in the second divisions in both Germany and Italy, but he’s made the step up to Serie A this year with promoted Verona and it looks like he’s impressed Celtic’s scouts.

The Herald claims that Dawidowicz is valued at around £1.4million, which could be a bargain fee for the Hoops as Neil Lennon looks to improve his squad after letting Simunovic leave.