Southampton are open to loaning Fraser Forster to Celtic for another year if the two clubs are unable to agree terms on a permanent move, as per a report from Simon Jones of The Mail.

Jones explains that The Hoops are keen to keep Forster as their number one for next season and would like to sign him on a permanent basis if they can make the finances work, but they are also open to another loan move and Saints are also happy to consider allowing the former England international to re-join Celtic for another 12 months.

Celtic will also look to re-sign Fraser’s Saints teammate Mohamed Elyounoussi, in what will almost certainly be another loan move as the finances for a permanent deal simply don’t favour The Hoops.

Do you think Forster will be at Celtic next season? 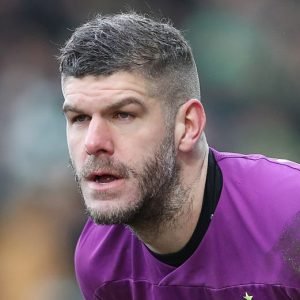 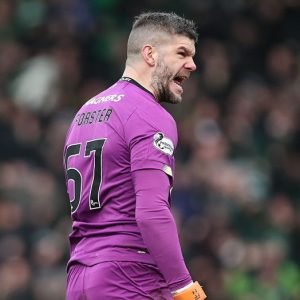 Signing Forster is clearly Celtic’s number one priority and it’s understandable to see why. Craig Gordon’s departure leaves Scott Bain as the only senior goalkeeper on Celtic’s books and he’s yet to prove that he’s good enough to be The Hoops’ number one.

Forster was, for the most part, excellent for Celtic last season and all Hoops fans will be hoping that he’s between the sticks when the season kicks-off and the fact that Saints are open to a loan move only increases the chances of that becoming a reality.