Vasilios Barkas is a name that has been mentioned in the same breath as Celtic a few times in the past couple of weeks.

The AEK Athens shot-stopper has apparently been on Neil Lennon’s radar, with Celtic desperate to fill their current vacant goalkeeper spot.

The Daily Mail have now reported that Celtic have made an official enquiry for Varkas, with Athens replying asking for £5 million for the Greek international.

Leeds United, alongside some European clubs, have also been linked with the goalie of late, with Athens happy to let the player leave for the right price.

The last time we reported on Vasilios Barkas, Celtic were still hopeful that Fraser Forster would be returning to the club.

However, with Forster committing to Southampton, Barkas has perhaps become even more of a likely target for The Hoops.

The 6”5 Greek international is an imposing figure in goal and his best years are still ahead of him.

Out of these three keepers, who would you like to see at Celtic? 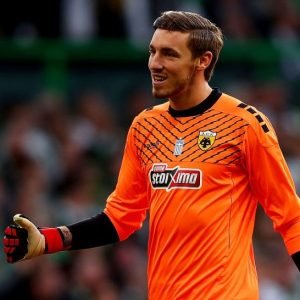 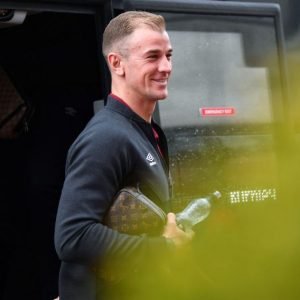 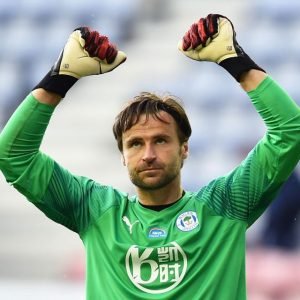 If Lennon and Celtic believe that the £5 million asking price is worth taking a punt on, then Barkas may become the person to who will fill the goalkeeper void.

However, with reports suggesting both Joe Hart or David Marshall could be on the way to Celtic Park this summer, the quest to see who takes Celtic’s number one spot continues…