Celtic have been given a boost in their pursuit of Wigan Athletic striker Joe Gelhardt, according to a report from Football Insider.

The Hoops have been keeping tabs on the 18-year-old throughout the Championship season but were initially informed that they would need to stump up around £5m to take him from The Latics.

However, now that Wigan have fallen into administration, Football Insider claim that sources have informed them that the player will not be available for a cut-price fee.

The report also suggests that both Everton and Leicester, managed by former Celtic boss Brendan Rodgers, are also interested in the forward.

We know that Celtic have a clear transfer policy of signing young players, helping them develop and then selling them on for much bigger fees and as such, a move for Gelhardt certainly makes sense. 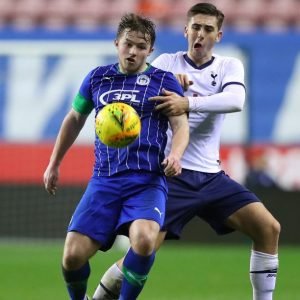 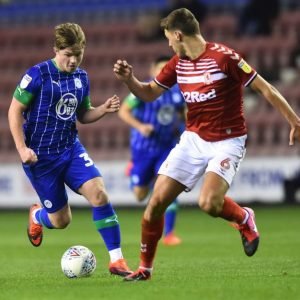 The Liverpool-born forward would likely get more game time at Celtic then he would at Everton or Leicester, so a move up north could appeal to him.

The main sticking point will be the transfer fee as Celtic, like most clubs, are still feeling the economic impact of the global pandemic. £5m was probably too steep a price for The Hoops, but if they can get a big discount on the teenager, then we can definitely see Neil Lennon looking to sign the forward.