Benfica centre-back Branimir Kalaica is drawing interest from both Celtic and Leeds United, according to Football Insider.

The 22-year-old Croatian has been on Celtic’s radar and now Leeds are lining up an offer to secure his services in the upcoming transfer window.

Kalaica spent his youth career at Dinamo Zagreb, before moving to Benfica in 2016. The U-21 international has spent the majority of his time playing for Benfica B, but he did score on his debut for the first-team back in 2017. 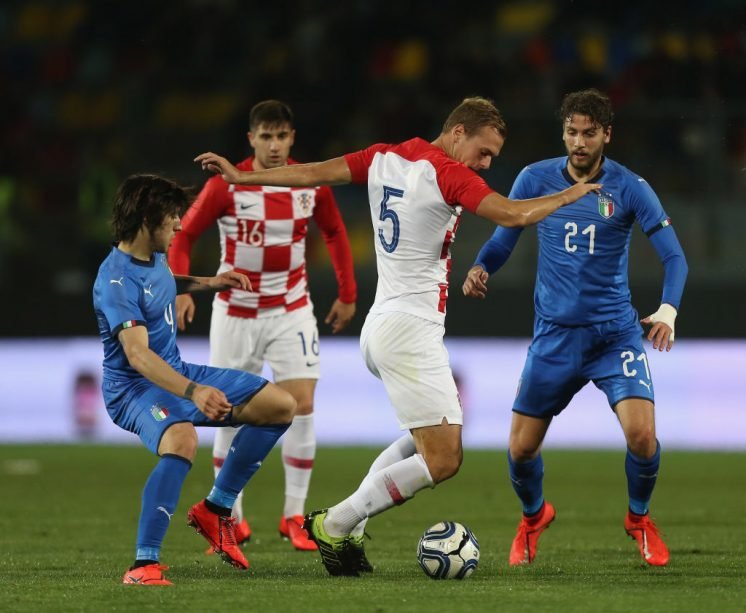 Scouts from Leeds have been impressed by the centre-half, describing him as a ball-playing defender and at 6”4, he is a very imposing figure.

Kalaica looks to be a promising young centre-back and has impressed Benfica since he signed four years ago.

It makes sense that Leeds would be interested as it’s likely that they will be a Premier League side next season.

Also, with Ben White’s future currently unknown after his loan spell at the Yorkshire side, Bielsa will be on the hunt for a new, ball-playing centre back.

If Benfica budge and allow Kalaica to leave, then he could be a shrewd investment.

At only 22, he has years to progress his career and if he could nail down a spot at Celtic, he could be a top player for years to come.