Celtic haven’t given up on bringing back goalkeeper Fraser Forster on a permanent basis, after his loan spell last season.

Journalist Alan Nixon revealed via his Twitter account that The Hoops are still working on bringing Forster back to Celtic Park, confirming that he is the number one target.

Nixon explained that Celtic and Southampton are going through the usual haggling stage of a transfer, as a deal is yet to be agreed for the giant shot-stopper.

Neil Lennon’s side are in desperate need of a goalkeeper after Craig Gordon left and Forster has been the number one target since he returned to St Mary’s.

Celtic have been linked to various goalies in recent weeks, but it would be huge in their quest for 10-in-a-row if they can agree on a deal to bring back Forster.

The Celtic Star reports that it would cost around £5 million to bring in Forster, who is reportedly on £70k a week at the moment.

The global pandemic has struck many teams financially, including Celtic, so their negotiations will be aiming to make this move as financially viable as possible.

Nixon is a well-respected football journalist, so you would expect this information to be reliable.

It’s no secret that bringing Forster back on a permanent would be a huge move in the upcoming transfer window.

Do you think Forster will come back? 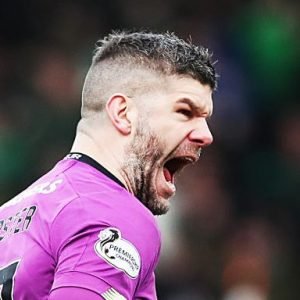 He’s a top goalkeeper, who clearly enjoys playing for the club, and still has a good few years left at his best.

There have been links to Vasilios Barkas and whispers of Craig Gordon and Joe Hart coming in, but Forster must remain the top priority.