ESPN commentator Taylor Twellman confirmed the interest of the young American on a broadcast last week, a player who  German newspaper Bild have tipped as the “American Havertz.”

That comparison seems a bit of a stretch considering that Aaronson has scored just four goals along with two assists in 36 MLS appearances for the Union while Bayer Leverkusen’s Kai Havertz is coming off a 17 goal campaign with a further nine assists in 43 matches.

Celtic have apparently joined Bundesliga sides SC Freiburg, Hoffenheim,
Borussia Monchengladbach and Eintracht Frankfurt as well as ‘an unnamed Belgian club’ in the chase for Aaronson.

If Celtic do manage to bring Aaronson to Celtic, he will join Manny Perez and Andrew Gutman as the only Americans to sign for Celtic since Dom Cervi’s 2012 departure.

While Aaronson seems to have a bright future, it’s hard to see him having a lasting impact at Celtic. He could probably find his way into the team every now and then, but it may be a bit much to think he’ll surpass players like Tom Rogic and Ryan Christie. 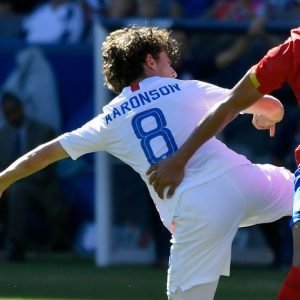 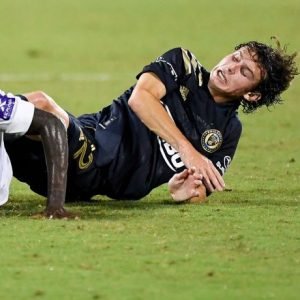 As someone who has watched a lot of Aaronson in the MLS, I feel that the best option for both parties would bring him the player in on loan and test the waters before either makes the big decision to make the jump to Europe on a permanent basis.