Scotland international Steven Fletcher has been linked with a move to Celtic Park in the upcoming transfer window, according to The Scotsman.

Following a 2-0 friendly victory over Ross County at the weekend, manager Neil Lennon was asked about the possibility of Fletcher coming to Glasgow and his reply, whilst not saying he was definitely interested in the veteran, didn’t exactly rule out a move either.

He’s on a long list of players that I am sure a lot of clubs are looking at.

The 33-year-old has been at Sheffield Wednesday since 2016, but recently failed to sign a new contract and is now on the hunt for a new club.

He scored 13 goals in the Championship last season and has proved he’s still capable of finding the net when called upon.

Neil Lennon is on the lookout to add to his current squad and said:

We will probably have more on a few things over the next few days. I am happy with the squad but we can improve it and that’s what we are looking to do.

Two areas that Lennon is most likely to strengthen is up-front and certainly a goalkeeper to fill the current void in that position.

Although he has never been a prolific striker, Fletcher has always chipped in with his fair share of goals, whether it be in the Premier League, the Championship or even in France.

At 33, he’s certainly coming to the end of his career, but could still be a good addition to The Hoops’ squad on a very short-term basis.

Would Fletcher be a good addition to the squad? 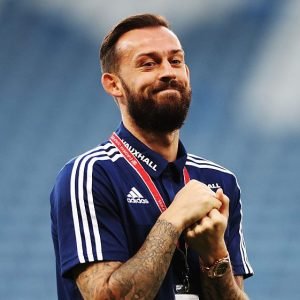 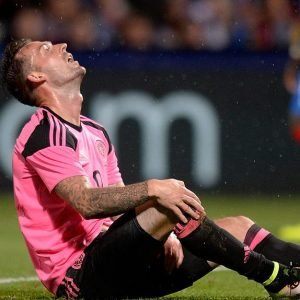 Fletcher has not played in Scotland since the early days of his career playing for Hibernian, but could be on his way back if he could be acquired cheaply.

As a back-up striker, Fletcher could offer plenty in Celtic’s bid to get the ten-in-a-row.