Former Celtic striker Charlie Nicholas has had his say on the club’s transfer business, believing rivals Rangers will be ‘thinking that they got the better of the deals’.

Neil Lennon’s side have dropped just two points out of a possible 27 in their opening nine league games, trailing rivals Rangers, who have played a game more, by just one point.

Talking to the Express, cited by the Daily Record, Nicholas shared his opinion that Lennon would be feeling ‘pretty annoyed’ with the club for their activity in the transfer market.

I said Celtic would go cheap in their pursuit of a left-back. I knew they wouldn’t spend money on a defender that Neil Lennon has been ever so patient for.

I don’t think Lennon has been given much of a helping hand, if I am being honest.

He had to work double time to get anything out of so-called wealthy Celtic. I’d imagine he’ll be pretty annoyed this morning. I am sure he will put on a brave face but I don’t think he will have got anything close to what he was looking for.

Albian Ajeti will get him goals but there are still question marks in other areas of the Celtic team.

Rangers must be looking at it thinking that they got the better of the deals.

Celtic were a stronger side last season. The main positive for Lennon, right, is that all his main players are staying, although I am not convinced Olivier Ntcham, Kris Ajer and Tom Rogic are happy.

In this mad season we have been looking short-term with the rest of the clubs because there is no real money out there.

Nicholas’ comments quickly surfaced on social media, and it’s safe to say it didn’t sit well with these Celtic supporters, who were quick to defend the club’s transfer business.

Twitter: @Record_Sport Seriously what is he on about easiiy one of our strongest Windows in a long time and in a pandemic sp… https://t.co/jhJVzbTp0e (@Kevinreid1987)

Twitter: @Record_Sport Struggle to remember the last time Celtic spent this amount of money in a transfer window or brought… https://t.co/ojDyGm75HL (@TonyVictory94)

Twitter: @Record_Sport That is embarrassing Charlie…you stopped becoming relevant about Celtic years ago

Twitter: @Record_Sport I’m glad Charlie Nicholas has come out with this because he’s never right. (@seery_o)

Were you happy with Celtic's transfer business? 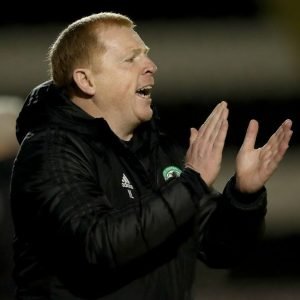 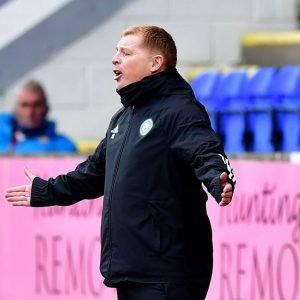