Following Odsonne Edouard’s positive test result, many Celtic fans have staked their claims for Patryk Klimala to start against Rangers on social media.

The Hoops confirmed the news regarding the French striker on Tuesday evening, which leaves his involvement in next weekend’s Glasgow Derby in real doubt.

The rest of the Celtic squad will avoid a period of isolation, however, Edouard will now reportedly have to self isolate for ten days.

That could leave Lennon with Klimala, Leigh Griffiths, Moi Elyounoussi and Albian Ajeti as central attacking options against Steven Gerrard’s side.

Klimala, who has started just one league game so far this season, has netted three Premiership goals, with his latest coming against St Johnstone last weekend.

Edouard’s likely absence got plenty of Celtic fans talking on social media as to who could replace him, with these supporters happy for Klimala to be handed a rare start.

Twitter: Klimala’s style is perfect for the Rangers game btw and Lenny likes a wildcard. (@Joker___87)

Twitter: @ClydeSSB Edouard out for Rangers game, it’s time to play Klimala up front with Griff on the bench (@JamesMc40237719)

Twitter: @CelticFC Klimala more than earned a start vs Rangers hope he gets it. (@rossgarvin)

Twitter: Apparently the isolation period is 10 days, so he’d be allowed back the day before but doubt that’ll happen.

These fans were torn between Ajeti and Griffiths, however, Klimala was again given the nod.

Twitter: If he misses the Rangers game then Klimala and Ajeti start. Griffiths should only start if Ajeti isn’t fit but othe… https://t.co/eJPCJNPOei (@_RH88_)

Would you start Klimala against Rangers? 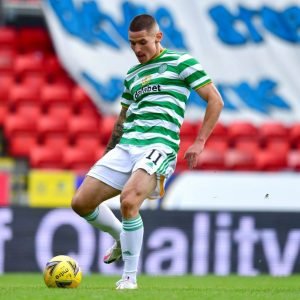 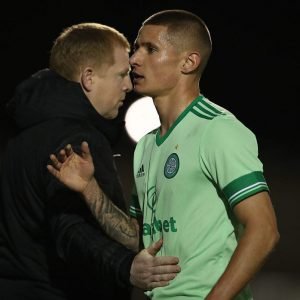