Celtic are thought to be showing a real interest in Guinean forward Sory Doumboya.

That’s according to Actufoot, cited by the Daily Record, who claim that the Hoops have now ‘made enquiries’ regarding a possible deal for the 21-year-old.

However, Celtic aren’t the only side keen, with Swiss sides Sion and Basel also tracking the promising attacker.

Doumboya currently plies his trade with French Ligue 2 side Rodez AF. He was in fellow Ligue 2 side Dijon’s B team prior to moving to Rodez AF last year.

Actufoot claims that Doumboya plays as a number nine and could be available in a cut-price deal.

With Arsenal still keeping tabs on current Celtic striker Odsonne Edouard, the Hoops may see Doumboya as a long-term replacement for the French forward.

Do Celtic need another forward in January? 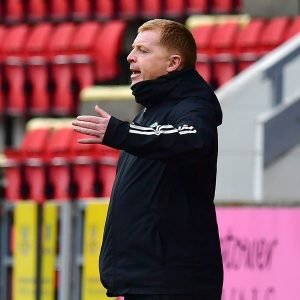 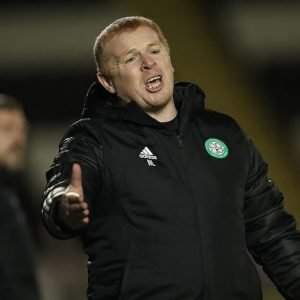 The club has shown in the past, with Edouard and Moussa Dembele, how they can turn unproven forwards into first-team stars at Celtic Park, something they might wish to explore with Doumboya.

Neil Lennon has already used five central strikers this season in Edouard, Albian Ajeti, Moi Elyounoussi, Patryk Klimala and Leigh Griffiths, but if the club feels as if a move is too good to turn down, there could be some more movement in the New Year.