Scott Brown is no stranger to a Glasgow derby, having been at Celtic Park since 2007.

However, one man who isn’t used to the hostile fixture is new Celtic signing Diego Laxalt.

The left-back joined on a season-long loan from AC Milan on deadline day, and Brown has been impressed by the defender during training at Lennoxtown this week.

The Uruguayan is in contention to make his first Hoops appearance this weekend against Rangers, as Neil Lennon’s side look to return to the top of the Scottish Premiership with a win at Celtic Park.

Brown, talking to the Daily Record, was full of praise for the South American and listed five things which have caught his eye ahead of the clash with Steven Gerrard’s side.

It’s great to see Brown full of praise for the new signing, and if both are given the nod by Lennon, the club captain could certainly help the South American with his wealth of derby experience.

The 35-year-old has featured in the rivalry for over a decade, so having that leadership figure on the pitch would certainly help Laxalt.

Lennon will have to decide whether or not Laxalt’s training ground efforts warrant a start over Greg Taylor.

Some may feel Taylor deserves to keep his place in the XI. The Scot has provided three assists in eight Scottish Premiership appearances, averaging a WhoScored rating of 6.98.

Would you start Laxalt tomorrow? 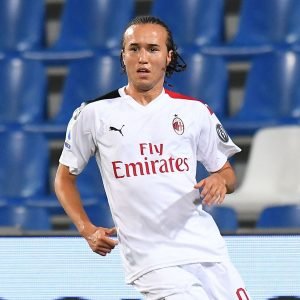 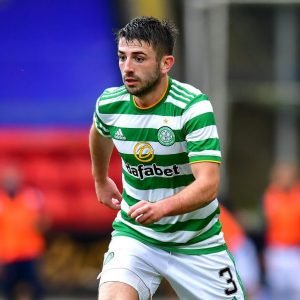 That’s higher than the likes of Brown, Moi Elyounoussi and Olivier Ntcham, so it’ll be interesting to see what the Northern Irishman decides to do on Saturday lunchtime.