Celtic have gotten the better of Rangers on many occasion, and some fans have reminisced over the famous 5-1 celebrations at Ibrox back in 2017 ahead of this weekend’s clash.

Scott Sinclair, Leigh Griffiths, Callum McGregor, Dedryck Boyata and Mikael Lustig all got on the scoresheet that day, with the Hoops recording their biggest ever win at Ibrox.

That victory helped the Hoops to an ‘invincible‘ campaign and their first of three successive treble-winning seasons.

Celtic have won seven out of the last 10 meetings between the two sides in all competitions, and another win this weekend will see them return to the top of the Scottish Premiership.

@CelticLisboaa shared a video on Twitter on Thursday from the celebrations three years ago.

The whole Hoops squad were partying in front of a packed away end at Ibrox after the 5-1 win, and it didn’t take long for the post to reach several Hoops fans, who had his to say from the famous derby win.

Twitter: @CelticLisboaa The match were they spat the dummy out and cut our allocation

Which won has been your favourite Glasgow derby win in recent times? 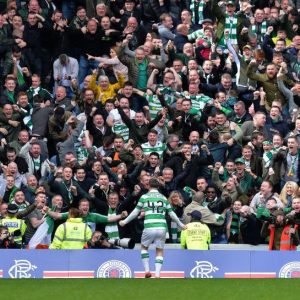 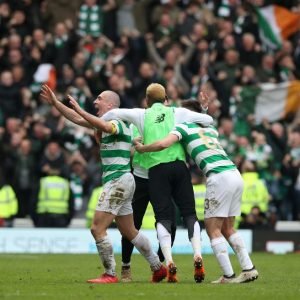 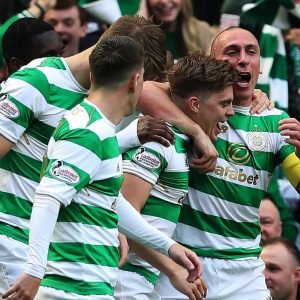