Celtic completed the signing of AC Milan left-back Diego Laxalt earlier this month, and many Hoops supporters want to see a first glimpse of the 27-year-old in the Glasgow derby.

Laxalt became the club’s fifth and final summer signing and now looks set to battle Greg Taylor for a starting spot on the left-hand side.

The Uruguayan’s debut could come against rivals Rangers on Saturday lunchtime, and it appears that if Lennon does place his trust in Laxalt, it would go down a treat with several Celtic fans.

The Hoops will return to the top of the Scottish Premiership with a win at Parkhead, in what will be the first Glasgow derby in 10 months.

One of the main selection headaches Lennon will have on Saturday is whether to go with Laxalt or Taylor, but these fans made their views known on social media, urging the Northern Irishman to go with the South American.

Twitter: @Tam_Selleck No Laxalt? I’d fling him straight in. Pin Tavernier back

Twitter: @PaulJohnDykes @ACSOMPOD If he’s match fit get him in right away.perfect time to do it. He’s not going to be caught… https://t.co/cq6ysfOVJK (@Celtic67Champs)

Twitter: @PaulJohnDykes Laxalt starts. Mjallby making his debut vs Rangers in 5-1 game didn’t cause him a problem. Selection… https://t.co/71yuL3YT2C (@celtic_martin)

If Laxalt is handed a full debut, he would certainly add plenty of experience to Celtic’s backline.

Who do you want on the left-hand side this weekend? 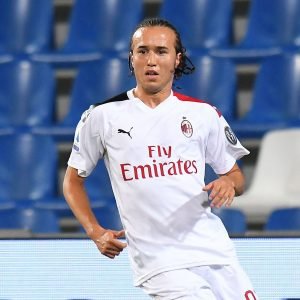 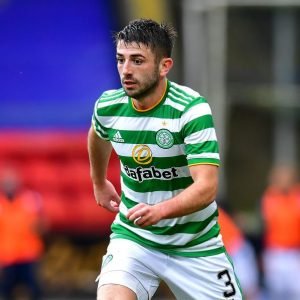 To date, the 27-year-old has racked up 207 club appearances, while also being capped 24 times for his country.

It’ll be interesting to see how he’ll do if given the nod, but one thing is for sure, there’s no greater stage to make an impression to Celtic supporters.