Shane Duffy looks set to take part in his first Glasgow derby this weekend, and the way he performs could have a huge influence on who comes out on top at Celtic Park.

A win for the Hoops in the first meeting with Rangers for 10 months will see Celtic return to the top of the Scottish Premiership.

The 28-year-old joined the Hoops last month on a season-long loan deal from Brighton & Hove Albion, describing the move as something he’s ‘always dreamed of’.

Duffy has been a mainstay in Neil Lennon’s backline since arriving at Parkhead, making seven appearances in all competitions, via Transfermarkt.

The Hoops have won all seven fixtures the Irishman has been present in, conceding just three goals in his 630 minutes of action.

Lennon will be without defenders Nir Bitton and Hatem Elhamed, meaning Duffy looks certain to keep his place in Lennon’s 3-5-2 formation and play a role of huge importance.

Club captain Scott Brown recently revealed that the fixture with Rangers ‘means the world’ to Duffy, while Lennon hailed the towering defender as ‘outstanding‘ following his debut last month.

The stats also back up Duffy’s importance to Celtic’s backline.

No Celtic player has averaged a higher WhoScored rating in the league, with Duffy topping the charts with an impressive 7.92 score.

Has Duffy been the club's best signing this summer? 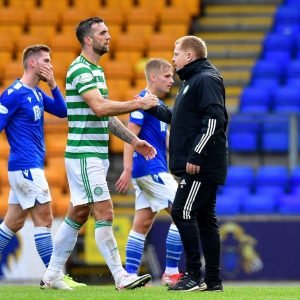 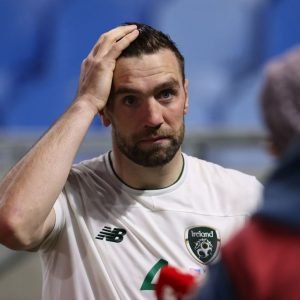 He’s also averaged the most clearances and aerial duels won out of the squad this season.

If he can add a third WhoScored man of the match display against Steven Gerrard’s side and stop the threat of Rangers striker Alfredo Morelos with a commanding display, Lennon’s side will have a great chance of recording another victory over their rivals.