Celtic have shown an interest in Philadelphia Union defender Mark McKenzie in recent months, and the player has recently answered a Hoops-related question about his future plans.

Neil Lennon managed to bolster his central defensive ranks with the acquisition of Shane Duffy on a season-long loan from Brighton.

However, reports following the window’s deadline have claimed that Celtic are still monitoring McKenzie ahead of a possible move in the future.

The 21-year-old, who has made 20 appearances this season (Transfermarkt), has recently addressed his plans going forward after being urged by MLS pundit Charlie Davies to move to one of Europe’s top leagues and dodge a move to Scotland.

Ultimately it’s about the personal experience, I think, so the only way for me to understand it fully is to be over there and to compete. Whichever club that is, I think it’s going to be the experience of a lifetime, but I have aspirations to play at the highest level, to play Champions League football. I think that’s as simple as it is.

But having the capabilities to know that I can play and compete against them is something I’m looking forward to and it’s something that is pushing me day in and day out.

Of course, Davies urging McKenzie to skip a move to Scotland doesn’t help.

McKenzie’s reply may also be a concern for a future deal, with the defender seemingly eyeing a move straight to the top.

He wouldn’t be coming up against these ‘world-class’ players in the Scottish Premiership, neither would he be plying his trade regularly against ball-playing sides in Scotland.

However, on the flip side, McKenzie may see Celtic Park as a good starting spot for his career in Europe.

Several players, such as Victor Wanyama, Virgil van Dijk and Moussa Dembele have all made their name known in the green and white hoops before sealing big-money moves away.

Would you like to see McKenzie at Celtic Park? 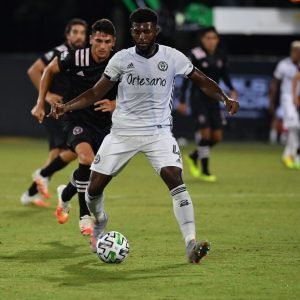 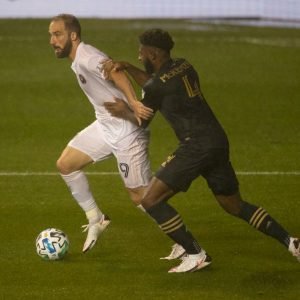 McKenzie’s comments don’t present any concrete decision on his future, so it seems as if we’ll have to keep a close eye on the defender’s future over the coming months.