Neil Lennon will be looking for an immediate response from his players following the 2-0 Glasgow derby defeat last weekend and has Ryan Christie back available.

Some Celtic supporters on social media have given the thumbs up for Lennon to make a tactical formation change against the Italian giants.

The Hoops have mainly tinkered between 3-5-2 and 4-2-3-1 systems so far this season with a back three being deployed in the club’s last five league games.

However, when discussing team selection online, these supporters staked their claim for Lennon to go with a 4-1-2-1-2 formation.

Twitter: Think a diamond formation is something we could possibly consider

With just Greg Taylor, I was a little bit conce… https://t.co/7phuWKPdmI (@LewisLaird01)

Twitter: @LewisLaird01 Totally agree, with a narrow midfield you are looking for the fullbacks to provide the width and Laxa… https://t.co/S6fLqH5Z1s (@AntonPlott)

Twitter: @LewisLaird01 Would love to see it (one day) with eddy and Ajeti up top. (@limbswilson)

Twitter: @limbswilson Just the once weve managed to see it so far. Really hoping (and expecting) there’s more to come (@LewisLaird01)

Twitter: @LewisLaird01 It’s the formation that best fits in all our talent, but it’s also a formation that virtually never w… https://t.co/qlQQCS7cDF (@JackFinn6)

Would you like to see Lennon use a narrow formation? 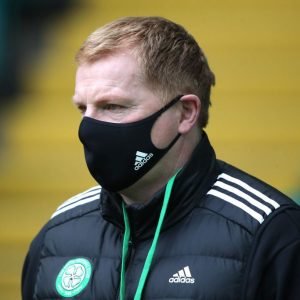 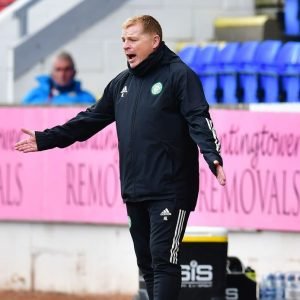 It’ll be interesting to see what personnel and formation the Northern Irishman goes with this evening, but the Hoops will have to make a huge step up from their weekend display if they are to start their European campaign with a positive result.