Fraser Forster’s current campaign is still yet to get going.

The towering goalkeeper hasn’t featured for Southampton this season in any competition, playing second fiddle to Alex McCarthy on the south coast.

However, things could have been a lot different for Forster. The 32-year-old was wanted back at Celtic Park in the summer after making 39 appearances in his season-long loan last year.

Forster, who starred against Rangers in the League Cup final last December, decided against moving back to Scotland, instead choosing to fight for a place as Ralph Hasenhuttl’s number one.

That hasn’t gone to plan, and we took to our official Read Celtic Facebook page to share our views on Forster’s Parkhead summer snub.

And based on these comments, some fans want the club to bring the goalkeeper back in the near future.

Doc Bhoy: Get him back ASAP. Everyone makes mistakes or poor decisions. We need an effective keeper.

Thomas Ireland: Get him back now Barkas not up to the job worst keeper Celtic have had in the first team.

Charlie Honeyman: Bring the hulk back it’s a no brainier hh.

John Stevenson: Celtic could take him back on a pay as you play deal, that way Celtic would get a decent keeper without bowing down too much.

Stephen Carruth: Get him back if we can? If he was playing Saturday we would have got a goalless draw.

Christopher Paterson: Can’t we try to get him on loan just now.

Iain Reid: Get him back in.

Would you like to see Forster back at Celtic Park? 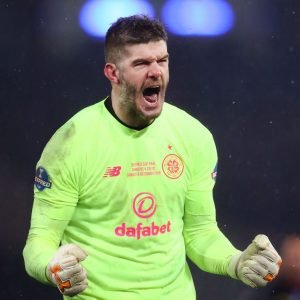 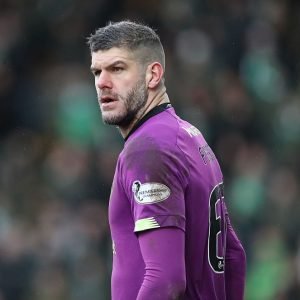 Pat Connelly: If he wants back take him.

Vasilios Barkas arrived in place of Forster from AEK Athens in a deal worth £4.5million, and it’s safe to say his latest performance hasn’t gone down too well with some supporters.