Tom Rogic is yet to start a game this season, however, some fans want that to change tomorrow against Aberdeen.

The midfielder has featured in just 63 minutes of first-team action in all competitions, with Neil Lennon using the Australian in the club’s last three fixtures.

Rogic, who will turn 28 in a few months, played 14 minutes in the win over St Johnstone prior to the international break, 23 minutes in the Glasgow derby defeat to Rangers and 26 in the loss to AC Milan on Thursday,

And these fans want to see that minute tally increase for the fourth game in a row with a first start of the campaign.

Twitter: @marcmcardle1 Rogic was the game changer no-one else and has a top record at Aberdeen. If Lenny wants to base it on… https://t.co/lP66xpSu3Q (@tammckinlay9)

Twitter: Life is always a bit better with Tom Rogic in the Celtic team.
Must start at Aberdeen Sunday.

Twitter: Rogic and Christie need to start against Aberdeen. I love Broony but we need to give Callum the reigns in the middle now (@chelletothea)

Twitter: Positive 2nd half but Duffy absolutely chronic tonight – for me was fault for all 3 goals. Get rogic and Christie ready for Aberdeen

Twitter: Rogic starts on Sunday for me.
He also loves a goal against Aberdeen. (@_CLMike_)

Twitter: Our game against Aberdeen is one of our biggest for years, it will show if Lennon has learned anything from the las… https://t.co/SL0lmhjlTy (@stevico1)

Twitter: Far better second half. Team looked alot more balanced. Rogic has to start at Aberdeen and we need to keep it 4 acr… https://t.co/eLcIVLcM7u (@ccmh67)

Would you start Rogic on Sunday? 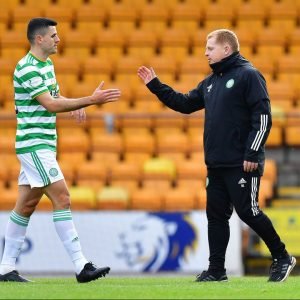 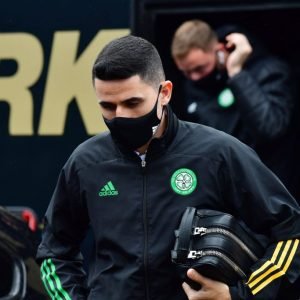 It’s easy to see why these supporters want to see Rogic involved from the off. A 3-5-2 formation hasn’t really worked during the last few fixtures, which has consisted of a midfield three of Olivier Ntcham, Scott Brown and Callum McGregor.

Back-to-back defeats have ben thee result, so including Rogic and a change of formation to freshen things up could be just what is required this weekend.