Celtic made it three games without a win after a hectic 3-3 draw with Aberdeen on Sunday.

However, plenty of supporters were impressed with the returning Tom Rogic.

The Australian made his first start of the season at Pittodrie and set up Callum McGregor and Leigh Griffiths in the second half.

Neil Lennon decided to bring Rogic off for David Turnbull in the final stages, with The Hoops then conceding another penalty in stoppage time.

Lewis Ferguson converted from 12 yards for the second time in the afternoon to ensure the shares were spoiled.

Rogic’s display came in for praise from plenty of Celtic supporters, though.

The 27-year-old recorded a WhoScored rating of 7.69 in the six-goal thriller, the highest rating of any player in green and white.

This is what these Hoops fans had to say about the midfielder.

Twitter: Rogic has to play every game he’s available for Celtic. Most creative player we have #ABECEL #CelticFC (@MarkMcGough11)

Twitter: @Odie1910 How good is @Tom_Rogic sets up every goal (@owlsteeler)

Twitter: @CelticFC This is why we start rogic (@edxuardd)

Twitter: @CelticFC Good to see Rogic today. 2 assists. Hopefully him getting back to where we know he can be.

Twitter: @CelticFC Everyone other than Rogic can walk home

Twitter: @CelticFC A fit Rogic is our best player by a mile (@seandoc1967)

Should Rogic be a regular starter? 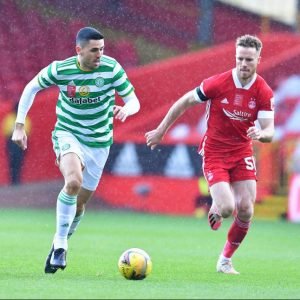 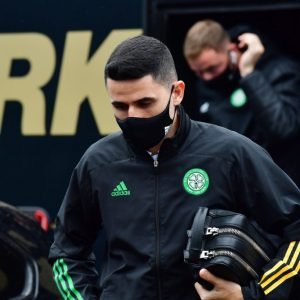 The result leaves Celtic three points behind rivals Rangers at the top of the Scottish Premiership after 11 games.

However, that could be extended if Steven Gerrard’s side come out on top against Livingston on Sunday afternoon.