Celtic are looking for a first win in four when they face off against high-flying Lille in the Europa League this week.

And plenty of Hoops fans are hoping Neil Lennon starts striker Leigh Griffiths for the first time this season.

The 30-year-old has come off the bench in recent weeks to net two crucial goals against St Johnstone and Aberdeen, with many now hoping to see the Scot from the off.

Griffiths has scored 11 times and provided four assists in 931 minutes of Scottish Premiership action since the start of last season – averaging a goal involvement every 62 minutes.

Plenty of fans have given their selection views for this Thursday on social media, with Griffiths’ name a constant figure.

Is it time for Griffiths from the start? 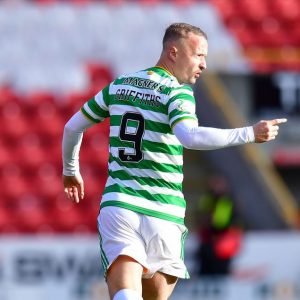 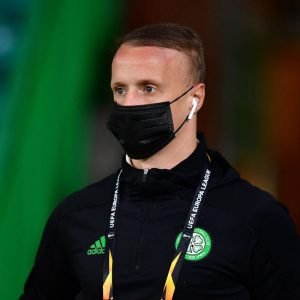 Celtic are currently third in Group H following the opening 3-1 defeat to AC Milan, with Thursday’s opponents top after a 4-1 hammering of Sparta Prague.

Lille are currently unbeaten in all competitions, and Lennon will have plenty to think about in his team selection ahead of Sunday’s Scottish Cup semi-final with Aberdeen.