Celtic are thought to be interested in signing Fraser Forster for the fifth time in the upcoming January window.

Hampshire Live shared seven Southampton players who could be on the move in the winter window, with the goalkeeper included in that list. They claimed that the Hoops are said to be ‘looking to bring Forster back’ to Celtic Park.

Reports last week claimed that a deal is ‘unlikely‘ due to the ‘keeper’s high salary and the need for Southampton to replace Forster, with Angus Gunn on loan at Stoke City.

However, it appears as if Celtic may still make a move for the 32-year-old over the coming months.

Several Celtic supporters shared their wishes for the club to re-sign the shot-stopper last month, so at least some of the Parkhead faithful will be delighted at this update.

Neil Lennon has alternated between Vasilis Barkas and Scott Bain this season, with neither goalkeeper truly nailing down the number one spot at Parkhead.

Forster is out of contract with the Saints in 18 months’ time, so if the right offer comes in, the Premier League side may be tempted into doing business.

Do you want Forster back at Celtic Park? 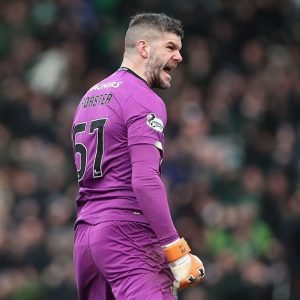 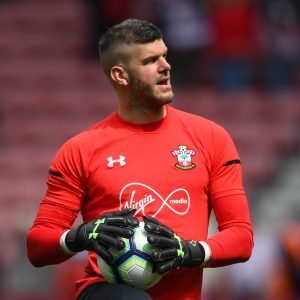 If Forster makes another return to Celtic, that could spell trouble for Bain. Lennon would then have three senior ‘keepers on the books, and after signing Barkas for £4.5m in the summer, Bain could be the man relegated to third-choice.

A lot has to happen before we reach that stage, though, but it seems as if Celtic are keen on Forster once again.