Jeremie Frimpong had an afternoon to forget on the weekend as Celtic dropped more Scottish Premiership points.

The Hoops drew 2-2 with Hibernian, with late goals from Odsonne Edouard and Diego Laxalt salvaging a point at Easter Road.

Frimpong played the entirety of the draw, in what was his 11th league start.  The 19-year-old has featured in every league fixture this season, mostly at right-back, however, several Celtic supporters weren’t impressed with his performance.

He lost possession 18 times against Jack Ross’ side – the most out of any Celtic defender. [SofaScore]

Plenty of Hoops fans wanted to see the versatile Hatem Elhamed come into the side prior to the draw with Hibernian, and we feel that Neil Lennon must now listen to these calls ahead of Thursday’s Europa League visit to Sparta Prague.

Elhamed has featured in just 50 minutes of action for the Hoops in the club’s last seven games. [Transfermarkt]

He impressed during the recent international break with Israel and could prove to be a sensible selection this week.

Would you bring in Elhamed against Sparta Prague? 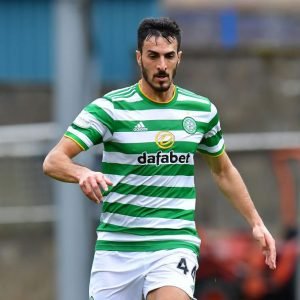 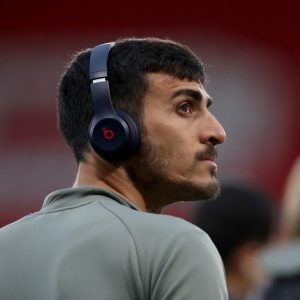 He’s more of a natural defender than Frimpong and will more than likely be chomping at the bit to start in green and white for the first time since October 4.

It looks as if the youngster may benefit from a rest from the off under Lennon, but if needed from the bench, would offer an ideal attacking and energetic option.