Celtic take on Sparta Prague on Thursday, looking for their first Europa League group stage win at the fourth time of asking.

And ahead of the trip to the Czech giants, several Hoops supporters have urged Neil Lennon to place faith in summer signing Vasilis Barkas.

The 26-year-old, who arrived at Parkhead in a £4.5m deal from AEK Athens, has missed the last three league games.

Scott Bain has taken the gloves for those fixtures, as well as the Europa League clashes with Lille and Thursday’s opponents Sparta Prague.

The club’s fortunes haven’t turned around with Bain in the sticks, which has led to a discussion as to who should be the club’s number one.

@celtic_now asked their followers if Barkas should be brought back into the side.

These Celtic supporters were all for the idea. One described it as the ‘perfect time’, whereas another felt the shot-stopper has been ‘thrown under the bus’.

Twitter: @celtic_now Yes. Ridiculous to have him wasting away on the bench. We know what Bain can do, we need to give Barkas… https://t.co/VY8YbKB307 (@tiffer67)

Twitter: @celtic_now A feel he has been thrown under the bus a bit. Needs time but a good keeper (@SeanMajewski67)

Twitter: @celtic_now Yes Bain’s no better that’s for sure (@farky08)

Twitter: @celtic_now With our real defence then a yes. (@Stavroszx79)

Should Barkas be Celtic's number one? 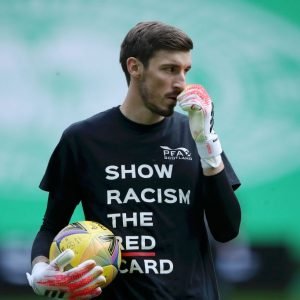 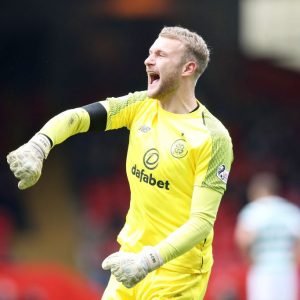