Celtic fell to another 4-1 defeat to Sparta Prague on Thursday evening, ending their hopes of progressing from the Europa League group stage in the process.

And many Celtic supporters were quick to hit out at goalkeeper Scott Bain during the loss.

Things got off to a good start for Neil Lennon’s side, with Odsonne Edouard putting the Hoops in front with a fine finish on the counter-attack.

However, Celtic went in behind at the break. David Hancko pounced after the Hoops failed to clear from a corner to equalise, before Lukas Julis, who netted a hat-trick in the reverse fixture, tapped in at the back post to give the hosts the lead.

Bain wasn’t helped by his Celtic defenders but was left in no man’s land for the second, with Julis scoring again before Srdjan Plavsic sealed the win in stoppage time.

This is what these Hoops fans had to say about the 29-year-old during the encounter on social media.

One went as far as saying the ‘keeper ‘shouldn’t be near a Celtic jersey’.

Twitter: Give me one good reason why Bain starts over Barkas. One. You can’t. (@smn_67)

Twitter: @CelticFC Defensively this has to be one of the worst Celtic teams I’ve watched. Ajer and Bain absolutely disgracef… https://t.co/ruq6d7wQLp (@jamesmcerlean12)

Twitter: @stengo7 Bain as well. He is worse than Barkas. He’s had his chance it’s time to drop him again. Give Barkas another chance. (@PEDN341)

Twitter: @GazMac77 Bain shouldn’t be near a Celtic jersey. (@minkster36)

Twitter: Scott Bain is not a Celtic number 1 (@Tommy__Hamilton)

Is it time to bring back Barkas? 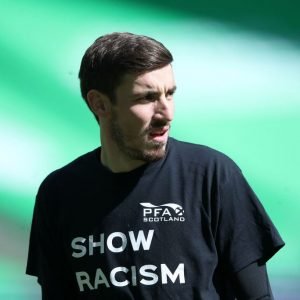 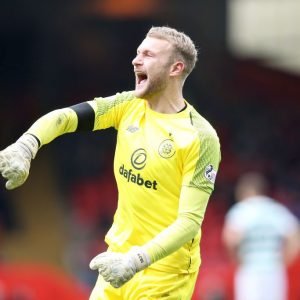 Twitter: Get all the scotts’ out the team. Bain and brown useless (@KieranC67)