Former Celtic man Frank McAvennie has had his say on Neil Lennon’s Parkhead future, believing a change in backroom staff could be what is needed for the Northern Irishman.

McAvennie, 61, even suggested that ex-Hoops striker John Hartson could be a shrewd candidate to replace John Kennedy or Gavin Strachan.

Lennon’s new backroom setup hasn’t exactly worked wonders so far this season. Celtic have just two wins in their last 10 matches in all competitions, conceding 24 goals during that time. [BBC]

The Hoops have fallen 11 points behind rivals Rangers at the top of the Scottish Premiership during that time and have been eliminated from the Europa League with two games remaining.

The former striker didn’t think a reunion could be possible, chucking in Hartson as a possible option to replace Kennedy and Strachan.

Parker would be ideal because he is a great lad but I do not think they would let anyone that has already been there come back in.

I would like to see Lennon bring in his own man. He has got to have somebody beside him because he cannot talk to John Kennedy. No disrespect to him but he is not Lenny’s man and neither is Strachan.

Go and get someone like John Hartson, he has done his badges. He could do that.

The players need to go to somebody if there is a problem and nobody would go and speak to Kennedy or Strachan – somebody like Hartson.

He is someone that Lenny could go for a coffee with and talk to. Somebody who would say, ‘You’ve got to drop him. You have got to be strong.’ That is what he needs.

Hartson spent just shy of five years of his playing career at Parkhead and was adored by Celtic fans during his spell at the club.

However, we’re not so sure bringing the Welshman to the club alongside Lennon would be a smart move.

Would you take Hartson as a number two? 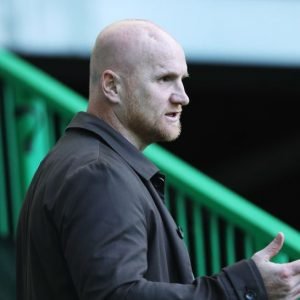 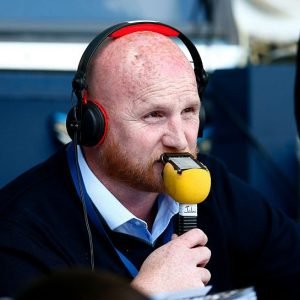 In our view, former assistant Parker would be the more sensible option out of the two. He’s been tried and tested alongside Lennon with some solid results to show.

If Lennon doesn’t get an immediate response from his Hoops players though, the club may finally cave and sack him, meaning the search for a new number one, let alone a number two, would be underway.