Celtic conceded four for a third straight time in Europe on Thursday, and many Hoops supporters were happy to discuss Jeremie Frimpong’s San Siro display.

The 19-year-old was handed a 16th start of the season by Neil Lennon after missing the 2-0 defeat to Ross County last weekend.

He couldn’t prevent the Hoops suffering a third straight defeat in all competitions though, the first time that’s happened since 2007.

Early strikes from Tom Rogic and Odsonne Edouard gave Celtic a surprise lead, however, defensive frailties were on show once again as Lennon’s side shipped four.

@CelticBhoysFS described Frimpong’s performance as ‘brilliant’ late on at the San Siro.

However, these fans disagreed, with many hitting out at the teenager in the process.

Twitter: @CelticBhoysFS Can’t defend and has no final ball. If he didn’t have pace he would be nowhere near the team. If the… https://t.co/o0bB6QhZAG (@johnfreel1)

Twitter: @CelticBhoysFS He’s never been brilliant. He’s neither a full back nor is he a winger.

Twitter: @CelticBhoysFS You can’t be serious. His positioning is atrocious defensively. Constantly wrong side of the man. (@Chardie1888)

Twitter: @CelticBhoysFS Frimpong isn’t good enough. When we loose the ball he starts walking back, no desire to win the ball back (@cfc96317967)

Twitter: @CelticBhoysFS I must be watching a different game,he’s terrible (@Kenny32750900)

Twitter: @CelticBhoysFS Frimpong in the final third is terrible (@GordoMcC7)

Frimpong was recorded as the fourth-best Celtic starter on Thursday.

Would you start Frimpong on Sunday? 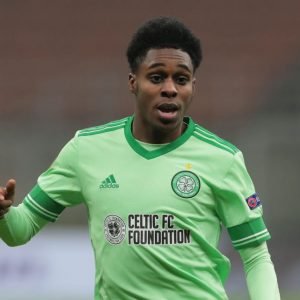 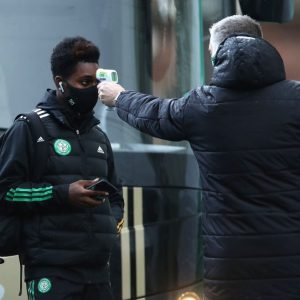 He ended with a WhoScored rating of 6.85 – only Nir Bitton, Ryan Christie and Edouard scored higher.

The right-sided ace was fouled more times than any Hoops player (4) and had more shots at the San Siro than his teammates (4) but could only register one effort on target.