The Hoops first registered their interest in the summer, with the player seemingly keen on a move to Glasgow.

A deal over the summer never materialised, with the club landing Shane Duffy on loan from Brighton instead.

Celtic retained their interest in McKenzie past the recent deadline, and Sky Sports reporter Anthony Joseph has now provided an update on the 21-year-old’s future.

Joseph revealed Celtic are looking for another centre-back in January, with McKenzie high up on their list of targets. However, he also admitted that there will be stiff competition from the Premier League and Bundesliga.

The latest update isn’t exactly ideal, especially for several Celtic supporters who were keen for the American to move to Parkhead in recent months.

It looks as if the Hoops have missed their best chance of signing McKenzie over the summer, and their decision to go for Duffy hasn’t exactly gone to plan. 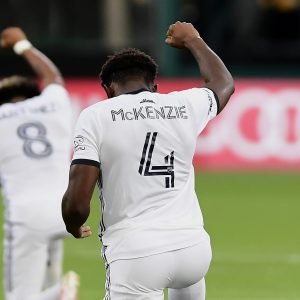 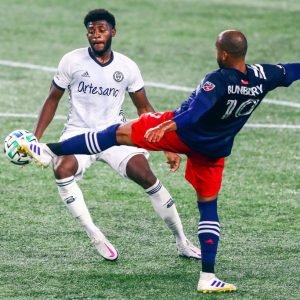 The Irishman has came in for plenty of criticism from many Hoops fans, with reports claiming his season-long loan could be cut short halfway through the campaign.

As stated, sides from the Premier League and Bundesliga are now keen on Mckenzie, and realistically, Celtic may now find it extremely difficult to lure the defender to Parkhead.