Barcelona, Borussia Dortmund and Real Madrid are all thought to be monitoring Karamoko Dembele’s situation at Celtic.

That’s according to Spanish outlet Don Balon, cited by the Daily Record, with Celtic’s stance on the teenager also revealed in recent days.

The Athletic have reported that “many people involved at the club are a little disappointed with the Dembele situation”, with the Hoops having “concerns about his physical development” and “worries over his application and attitude”.

The 17-year-old, who is out of contract at the end of the season, has featured in just nine minutes of Scottish Premiership action this season and 18 minutes in the club’s disappointing Europa League campaign. [Transfermarkt]

With Dembele under the age of 23, sides can only approach him when he is a free agent, so the Hoops have a big six months in regards to the teenager’s long-term future.

With James Forrest out injured, Dembele, who was once hailed by Barcelona star Antoine Griezmann, hasn’t done enough under Neil Lennon to fill the void out wide.

Do you think Dembele will stay at Celtic next season? 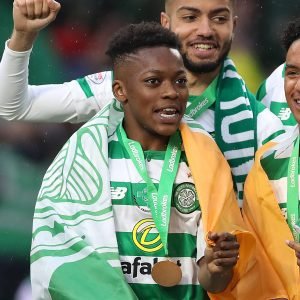 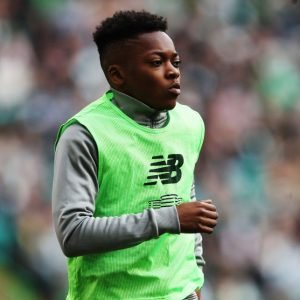 He did feature in Celtic Colts’ 3-0 win over Rangers on Monday, which booked the club’s spot in the Glasgow Cup final.

Hopefully the youngster can now kick on and force his way back into Lennon’s first-team fold on a regular basis, which could then lead to a possible new Parkhead deal.